ConservationDrake Magazine Back Issue Content Fall 2019The Put In 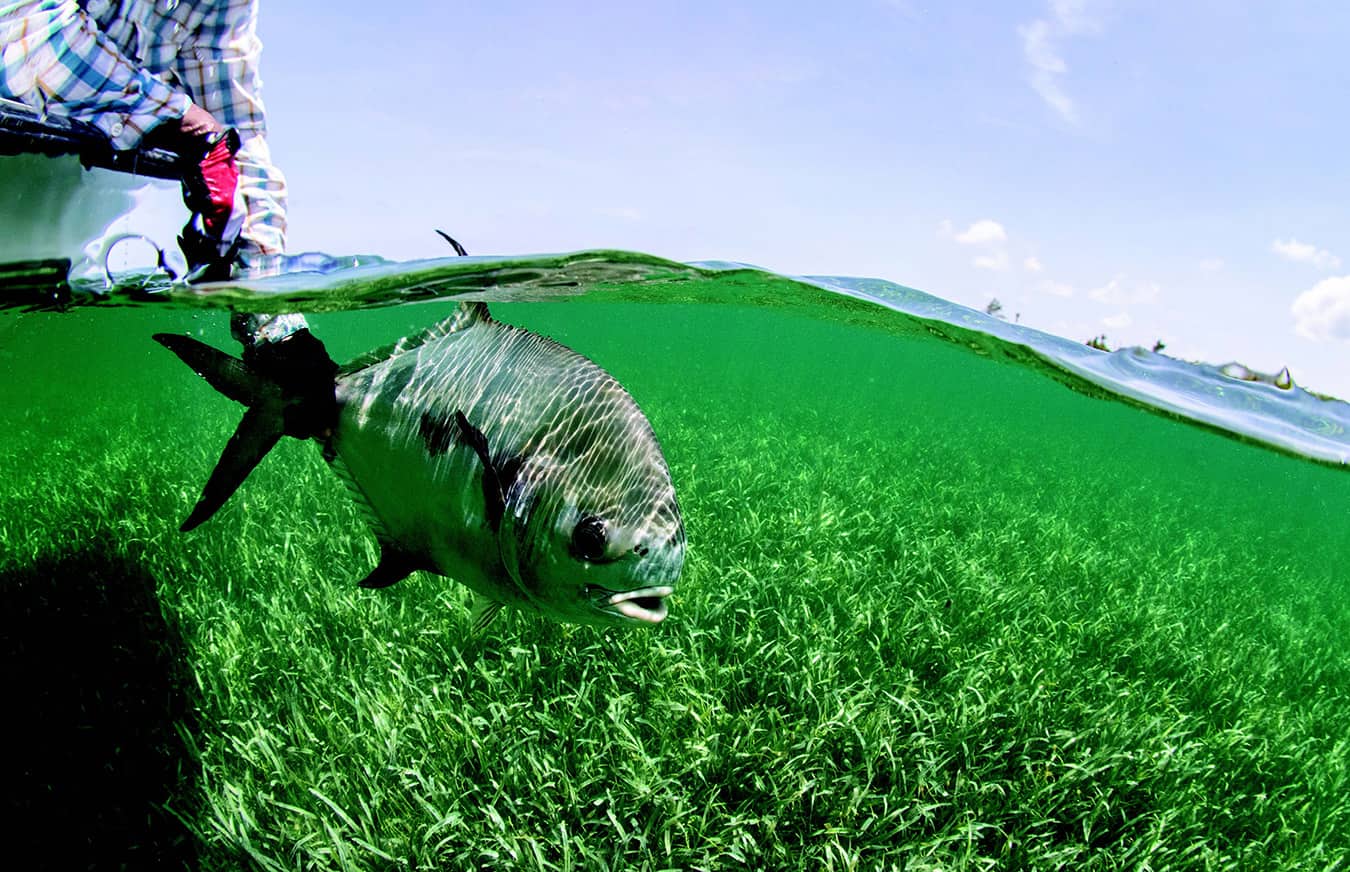 The push to ban gillnets in Belize

At a Guatemalan fish-processing plant in spring of 2019, a team of journalists saw something that would make any flats angler cringe: several 80-gallon drums filled with salted permit.

The journalists, from the Belizean newspaper The Reporter, were there to examine Guatemala’s shark-fishing trade, and the problems it might pose for tourism-dependent Belize, which sits just up the coast. The drums full of permit illustrated why netting is one of the biggest concerns facing the flyfishing industry in Belize: because gillnets don’t discriminate between sharks and other species.

“If you destroy the fish, you damage the reef, and you damage the entire marine ecosystem,” says Craig Hayes, owner of Turneffe Flats Lodge. “This potentially puts the whole economy of Belize in jeopardy.”

His preferred solution? Ban gillnets entirely. Hayes is a member of the Coalition for Sustainable Fisheries, a hodgepodge of groups campaigning for an all-out gillnet ban in the country. The group’s proposal, formally submitted to the government this summer, would ban the use of gillnets after a brief phaseout period. The deal also includes a plan to pay longtime legal gillnetters to give up the practice and then retrain them for different work, similar to a model that Orri Vigfússon and the North Atlantic Salmon Fund have used for nearly 30 years with Atlantic Salmon fishermen. The coalition would be on the hook for raising between $500,000 and $1,000,000 for that. In mid-August, Hayes said the coalition was closing in on their goal.

Calls for a ban have surfaced before, but supporters feel they have more momentum now. Hayes said they have the support of key people at the top of the Belizean government, and a cabinet subcommittee was recently assigned to vote on the ban.

Momentum has also been aided by a well-organized campaign in favor of the ban, including the backing of the Oceanic Society, Turneffe Atoll Trust, the Yellow Dog Community Conservation Foundation, and Simms.

Belizean newspapers have editorialized in favor of the ban— not surprising given that nearly 40 percent of Belize’s GDP is tourism-based. The American Fly Fishing Trade Association says the sport fishing industry supports about 3,000 jobs there and generates $100 million a year for the economy.

But the effort is not backed by everyone. Hayes said there has been some pushback from the government’s fisheries department and opposition from the Director of Fisheries, Beverly Wade. (Attempts by email and phone to reach Wade were unsuccessful.)

At least a few gillnet users don’t want to give up their craft. Some see it as the only way they can make money. The Belize Fisherman’s Cooperative Association has opposed a ban, as has a smaller group called the Shark Fishers Association.

But Belize’s largest commercial angling group, Belize Federation of Fishers (BFF), backs the ban. “Banning gillnets is urgent or we’ll continue to lose our valuable marine ecosystem, economy, and food security for those whose livelihood depends on it,” Nigel Martinez, director of the BFF, said in a statement.

Gillnetting isn’t that common in the country. There are 83 registered gillnetters in Belize—about three percent of all commercial fishers—and 70 registered shark fishermen. Some members of the federation do use the nets, but would be willing to switch if it were banned. Dale Fairweather, a commercial fisherman for 35 years, has already switched, saying he wanted to “transition into sustainable fishing practices after seeing firsthand the environmental impact gillnets were causing. 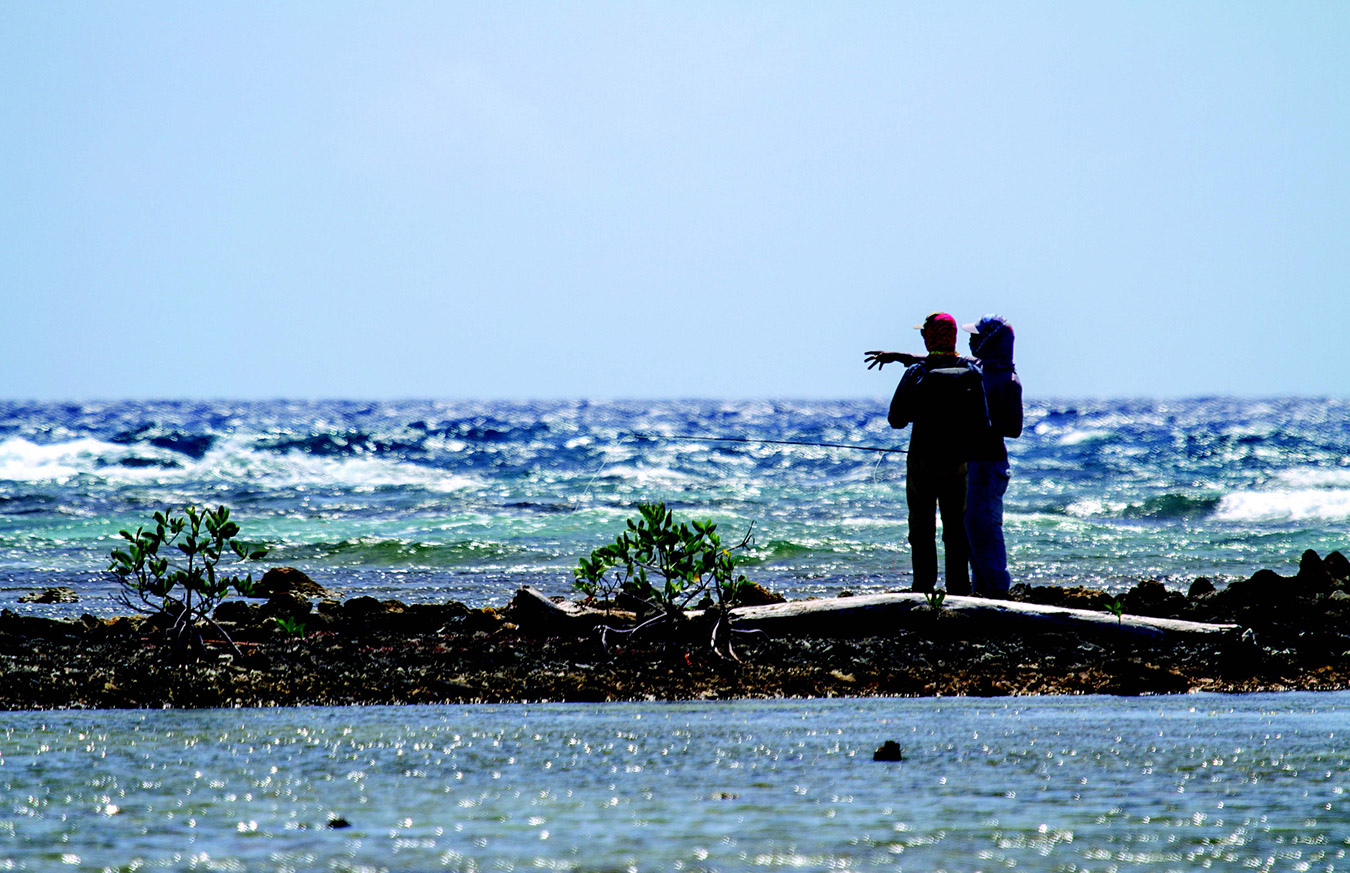 A PERMIT SHOULD NEVER BE FOUND IN A GILLNET. PHOTO BY COREY KRUITBOSCH

Jim Klug, founder of Yellow Dog Fly Fishing Adventures and the company’s foundation, said leadership from actual Belizeans has been crucial. “This is not a handful of Americans telling Belizeans what to do,” Klug said.

Hayes, who started Turneffe Flats Lodge in 1981 and helped found Turneffe Atoll Trust in the early 2000s, said the real driver of gillnetting is the Guatemalan shark trade. He said what began as a pre-Lent shark hunt for Catholics has mushroomed. “It’s not just during Lent anymore,” Hayes said. “Most of the year now they’re in these camps. And it’s far beyond just netting sharks—they’re netting everything they can.”

The journalists found semi-permanent fishing camps, and saw larger boats coming from Livingston, Guatemala, packing nets as long as a mile, setting them out at night, then heading home by early morning. Some nets have been found in marine protected areas, where gillnetting is already banned.

Harvested fish end up in processing plants in Livingston, which the paper described as the “epicenter” of the trade. Inside one of the plants, the journalists saw holding tanks full of shark, permit, and several other species, including snook. Conservation groups have raised concerns in the past about manatees, turtles and other endangered species.

Much of the netting that takes place now is already believed to be illegal. Hayes says some of the Guatemalan fishermen are illegitimately obtaining licenses by producing fake documents that would indicate they’re residents of Belize. A ban wouldn’t prevent that, but instead of having a mix of legal and illegal netting, it would mean that having a gillnet at all would become a crime, thereby simplifying enforcement for the Belize Coast Guard, which also backs the ban.

“A gillnet ban would be the best possible thing we could do to make enforcement dollars go further,” Hayes said.

Work has already started on the retraining efforts, specifically with a small-scale shrimp-trapping project, which uses cages similar to lobster traps. This past spring, the coalition brought in commercial fishermen from Maine to show Belizeans how to run the traps. There are traps and boats ready to go, and Hayes said several gillnetters have asked to take part in the project.

Klug said providing options like shrimp trapping is important, instead of asking gillnetters to learn a new trade or suddenly lead birdwatching tours. “These guys are like 5th generation fishermen,” Klug said. “They want to continue making their living on the ocean.”

Near the Guatemalan border, in Punta Gorda, veteran permit guide Lionel Martin (goes by Yogi), is excited about the ban. “Long overdue, and best ting to happen in a long time,” Martin said. “We have all been in support of a total gillnet ban for years now. It will make our great fishing even greater.”