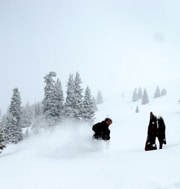 We had the winter itch. It needed to be scratched. So scratch we did.

I’m not usually big into winter fishing. I’ve spent the vast majority of my life’s winter months in the mountains—riding a snowboard. It’s not I’m against fishing in the winter, it’s simply that I like being on the side of a mountain, better than almost anything else on this planet. It has been like this since I was three years old.

But this winter was a little different. The itch began in mid-December—I hadn’t fished in a month. It was subtle at first, a slight tingling sensation in the back of my mind. My thoughts continued to return to moving water and everything that went along with it. At some point, I no longer cared about the cold.

By the end of the month I was researching tailwater options and trying to recruit a few like minded participants.

“Who wants to go fish and get cold?” I’d asked.

“We’ll freeze our balls off but we’ll bring the whiskey,” I pitched.

“Who else has the itch?” I’d inquired.

Mueller had the itch. 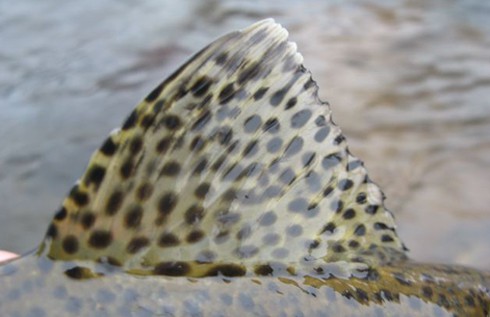 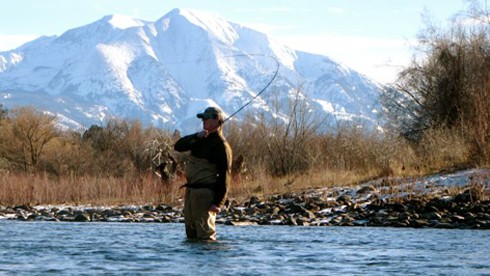 Tanner Irwin wasn’t scared of iced over eyelets or worried about his leaky ancient waders.

I’ve learned over the years to temper my expectations. My best days of fishing seem to be the ones that I think are going to suck. Standing on the snow covered bank of a trout river in January there were senses and feelings swirling in my conscious that were familiar. I couldn’t put my finger on them at first. But they came to me. It was the simple satisfaction that only standing on a bank can bring. It was the taste of anticipation looking at water you have never fished before. 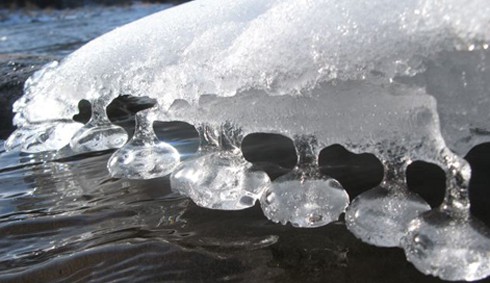 I leaned forward on my toes trying to get a better look and heard the crunch of the snow under my feet. I felt like I was exactly where I needed to be—watching the slick, cold and quiet hum of the river.

And looking out onto that water without even a single cast I realized—the itch was gone.

[Editor’s note: Fulfilling winter’s itch is not without consequences. Tanner has not yet upgraded his circa 1972 waders. (Kid works in a flyshop, for chrissakes.) Last we heard his dog, Hatch, has been filling them with dog food scraps in hopes of baiting a delicious squirrel into a leaky right leg. We’re also still traumatized by the author’s giddy obsession with YouTube vids of cats playing patty-cake. Seriously disturbing shit.]