When the other drum come calling

AWHILE BACK, I had a brief visit with a sporadically retired commercial netter at the gas dock in Port Aransas, Texas. He had an unlit cigarette stuck to his bottom lip and his skin had the same color and texture as a relief map of Utah.

He looked down at the pair of puppy drum bobbing in my livewell and asked what I got them on.

He nodded and said, “Ain’t surprised…folks talk about how they’ll only eat dead bait, but I used to catch ’em on wood…”

“What kind of wood?”

“Two-inch dowel, like you hang your shirts on in a closet. We’d run it across a table saw and slice it into discs about so thick. Then we’d drill a hole in the discs and thread ’em on trotline hooks and stretch it across a flat or a crick.”

“What’d they think it was?”

“Beats me, but that little disc would hang in the current and flutter on that hook. Dang drum couldn’t keep off it.”

Black drum are like half-brothers to redfish but they don’t get nearly the love, which is sad, because they’re harder to catch on flies, and they know all the same tricks.

They like skinny water, they tail in big waggling hordes, and they make that staccato “doo-doomp” sound that reminds me of the synthesized drumming on a 1980s Phil Collins album.

I didn’t pay black drum much mind when I first started fishing for redfish, but then the “drought of record” came along and the rivers quit flowing into the bays, so the red ones took a hit while the black ones flourished.

Why? I’m not sure, and I don’t think I want to know, because it’s probably related to water quality, or lack thereof.

Most of the black drum that we find on the Texas flats are five- to ten-pound schoolie pups. They’re good eating at that size, and I’ve learned to not feel bad about killing one because they also happen to be ugly and abundant.

When I first started casting flies at them, I learned right away that they don’t care much for fast-moving takes near the surface. Slow it down, crawl it along in dim light, and make it look dumb or wounded.

As the Texas drought continued, my appreciation for black drum grew significantly. I started stuffing my fly box with bottom flies and slowing down for tails that weren’t red. A few local friends that were long-time redfish fans got so silly for black drum that they started experimenting with new patterns and discussing them in polite company. My appreciation for juvenile drumflesh remains, but their overall standing has diminished, somewhat, since a recent trip over to Louisiana.

Down in the marsh, last fall, we were targeting bull redfish on the flats, but we’d occasionally run across a drum of mammoth proportion. To see a forty-pounder tail in two feet of water was a jaw-dropper. So much so, that my son, Blake, felt the need to catch one.

His first shot came at a behemoth that was loitering in murky water with only the hump of its back faintly visible. There was no clear reaction when Blake slid the fly past the eating end, but drum apparently don’t get that big by missing easy meals. When Blake’s line finally came tight, he gave the goon a jab, and the fight was on. For the next 15 minutes, the drum circled the boat at top speed for a Galapagos Tortoise. It struggled a bit when the Boga clamped its bottom lip, but overall it wasn’t much of a fight. Blake tried several different wrestling holds while I readied my camera, but we eventually gave up on the grip-n-grin.

To call that fish disgusting would be generous. The stank and viscosity of its body-slime could never be re-created in a lab. The tail and fins were crusty and gnarled, its gills were caked with algae, and its mouth look liked it had been sucking on an oyster reef (which it probably had).

While we watched it stagger away from the boat, it occurred to me that we had just experienced what recovery divers endure when they have to bear-hug a rotting corpse on the bottom of a river and hand it off to the medical examiners.

Prior to that trip, I’d been thinking about ramping up my drum game on my home flats. Last summer I even stopped and pondered a selection of dowel rods at my local Home Depot. But after seeing the nasty rash that welled up on Blake’s forearms after releasing Toxic Ted back to the marsh, I think I’ll just keep watching the NOAA Drought Monitor for some indication that our redfish might be back. 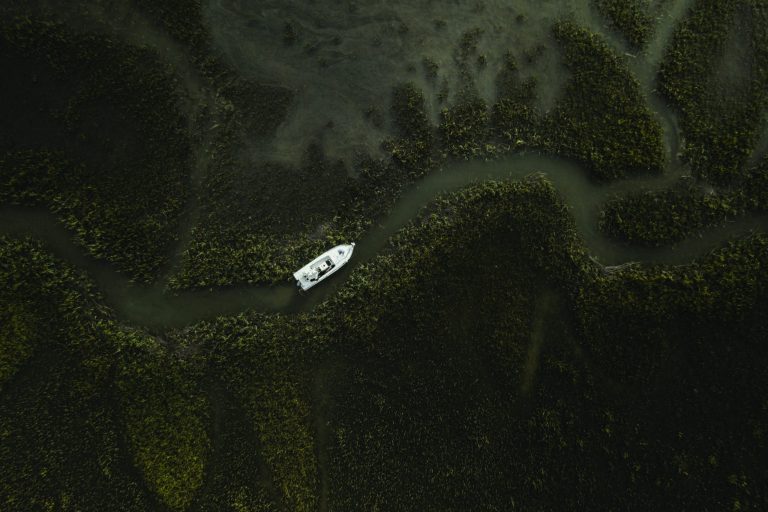 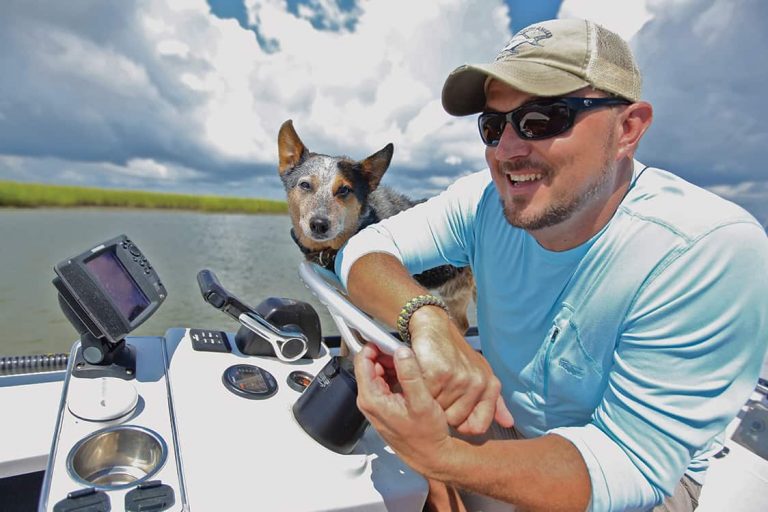 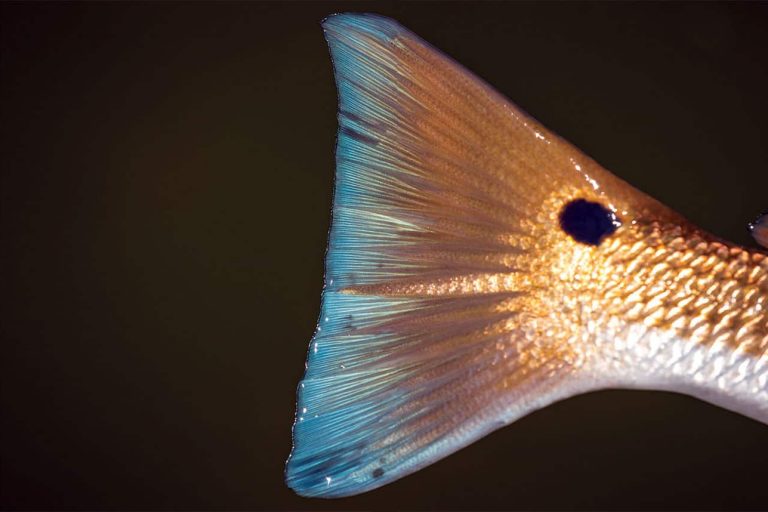