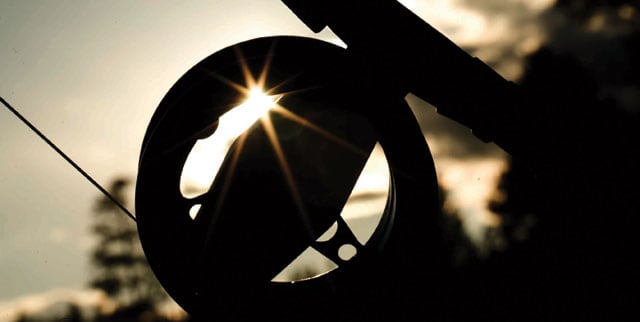 Can I return this reel? It’s brand new, never spooled up.
Sure, do you have the receipt?
No.
Well, we can’t accept a return without a receipt.
Why not?
Because we’re not sure it was bought here.
It wasn’t bought here, but it came from here.
How do you mean?
You guys donated it to some fundraiser auction.
Were you the high bidder?
No, a buddy of mine won it.
Did you buy it from him?
No, he gave it away in some photo contest on his Facebook page.
And you won that contest?
No, a guide down in the Keys won it.
And you got the reel from him?
No, he and some friends had a tournament and the winner got the reel, but he’s a tarpon guy, so what’s he gonna do with a trout reel?
I don’t know.
Me either.
So you got the reel from the tarpon guy?
No, he gave it to his brother in Utah.
And he’s a trout guy?
Well, obviously.
But let me guess: you didn’t get it from him?
No, he lost the reel and all his fishing gear in a nasty divorce.
Uh-huh, because you were…?
Hey man don’t judge me; she was in the bar three nights a week and wasn’t wearing a ring.
So the trout guy from Utah ditches her and she gave you the reel?
Yeah, she hates fishing.
So why did she want all of her ex-husband’s gear?
So he couldn’t have it.
That sucks.
You’re telling me.
And why do you want to return the reel?
Because I’ve already got that same model and my guide days are way down because of the drought and that gal’s moving in but she ain’t covering any of the rent…
So…?
So I need the cash.
Sorry, we don’t do cash returns.

Tosh Brown is looking to trade his kayak for a trolling motor.