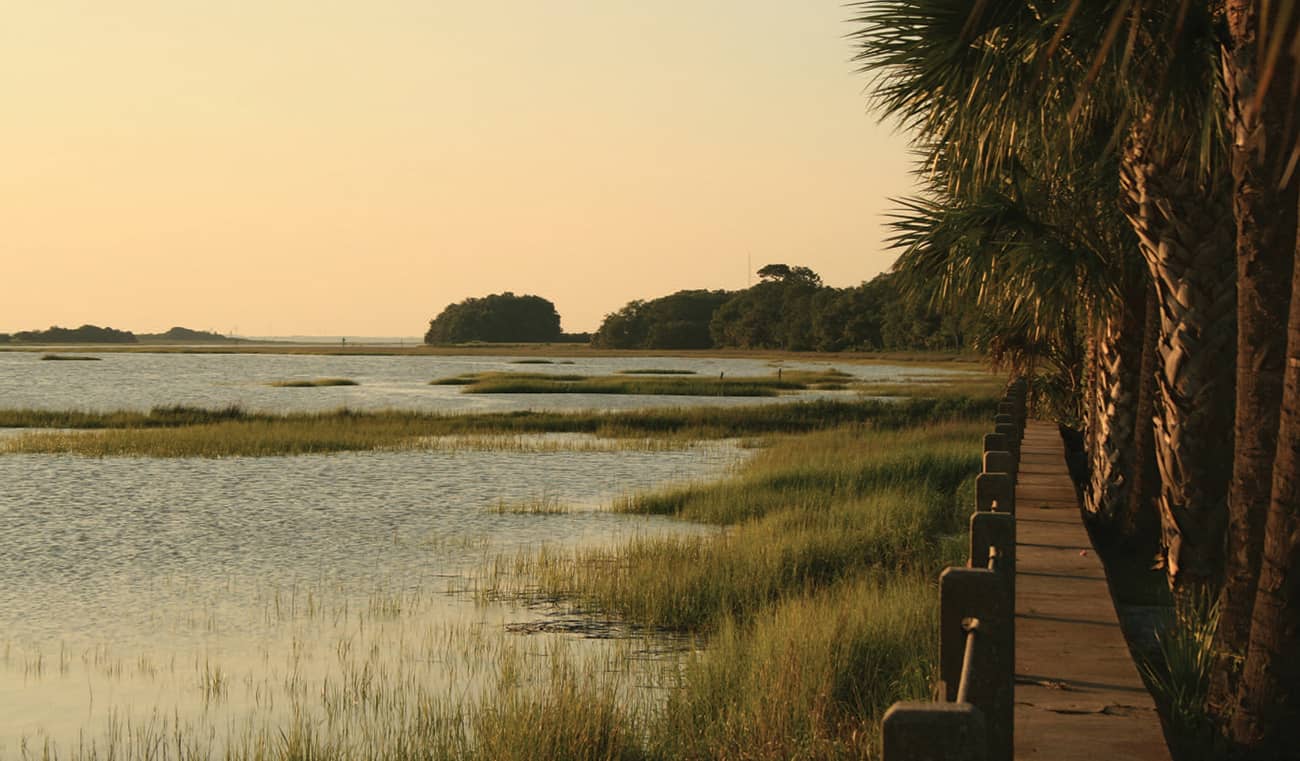 PIPELINES GET A BAD RAP, which they often deserve. Last November, the Keystone Pipeline—of Standing Rock protest fame—leaked more than 200,000 gallons of oil from a below-ground crack, adjacent to Sioux lands near the Lake Traverse reservation. The irony was lost on no one, least of all the protesters who were forcibly evicted from their camp after months of protests about the risk posed to groundwater.

Southerners, meanwhile, historically tend to shun “liberal” environmental politics. Spotted owls remains a byword down South for environmental activists, and it’s not a compliment. This is why it is so surprising that one of the environmental lobby’s biggest recent victories came deep in the heart of Dixie: the defeat of the proposed Palmetto Pipeline, finalized last summer and aided in part by a good number of conservatives.

Palmetto Pipeline was being proposed by energy-infrastructure giant Kinder Morgan, whose planning maps for the project showed a jagged red line transecting the coastal marshlands of all of southeast Georgia, before making a dog-leg left up the Savannah River into central South Carolina, where it would have linked up with the existing Plantation Pipeline. Flyfishers ply the waters of the upper Savannah for striped bass and largemouth, while its brackish estuary near the city of Savannah contains top-notch habitat with a mix of redfish, stripers, and sea trout.

To call this area sensitive is an understatement; the entire region abuts miles of spartina-grass marshes, home to millions of bird and fish species, including tarpon. Endangered right whales use the waters off the coast of Jekyll Island as their calving grounds—the same place tripletails spawn in one of only three known locations. Almost every inch of Georgia’s coastal wetlands is downriver from the proposed pipeline route, representing a clear threat to water supplies. And oil spills in marshlands are notoriously difficult to clean up; just ask the residents of southern Louisiana.

Knowing that classic environmentalist-protest tactics would likely be counterproductive in the South, pipeline opponents, including Georgia Nature Conservancy, Savannah Riverkeeper, and filmmaker Mark Albertin, focused on a Southern way of combating the threat—fighting the use of eminent domain. Kinder Morgan had proposed using eminent domain condemnation law to take private lands and use them for the pipeline, but the company had a particularly hard time articulating the public benefit of doing this, especially considering that profits from the project would go straight to its own bottom line.

“Kinder Morgan’s business model was based on the presumption that they’d get to take the land,” says Tonya Bonitatibus, Executive Director of Savannah Riverkeeper. “Georgia and South Carolina got together very quickly and said, ‘I’m sorry, but you don’t get to use eminent domain here.'” Meanwhile, Albertin was producing his documentary, At What Cost? Pipelines, Pollution and Eminent Domain in the Rural South, which he screened across the region. “The people of South Carolina and Georgia have a very strong sense of country, and pride in their land,” Albertin says. “From interviews I conducted, it was evident that the eminent domain issue was one of the biggest, followed closely by the impact on the environment.”

Pipeline opponents were smart about their messaging, too. As Bonitatibus pointed out, “We never said, ‘Defeat Kinder Morgan.'” The company had spent lavishly in local communities, in one case dropping $80,000 to help a rural school district “upgrade” its athletic facilities (in exchange for logos on the gym floor), and in another, buying therapeutic tricycles for the disabled in Savannah. The advocates knew that Kinder Morgan was buying community goodwill, but they also knew that the two sides of the debate didn’t split along a traditional right/left divide. “My conservationists call themselves Republicans,” Bonitatibus says. “They love the land.” The takeaway message became: “Make sure landowners have a voice.”

That message paid off. In March 2017, the Georgia General Assembly passed legislation that set limits on the ability of pipeline companies to seize land using eminent domain. Under the new law, petroleum companies are required to demonstrate a “public need” before seeking eminent domain condemnation. Landowners also have the right to appeal any permit that may be issued. South Carolina passed similar legislation, issuing a three-year moratorium on new pipelines.

Any modern eminent-domain pipeline winners might consider giving thanks to Minnesota farmer Atina Diffley, who in 2006 successfully led a campaign against the Koch Industries-funded MinnCan project, which was attempting to use eminent domain to run a pipeline through her and her husband’s vegetable farm. The Diffley’s case resulted in a re-routing of the MinnCan pipeline around their 100-acre farm—an admittedly easier outcome than cancelling the project altogether. But precedent is important. As with the Palmetto Project, Diffley succeeded in not just securing a win for her farm, but in convincing authorities to change the law—in her case by persuading the Minnesota Public Utilities Commission to approve mitigation requirements for any future project, thereby creating an additional weapon for other farmers to use.

As with any extractive-industry project, the rules and regulations are always subject to change. Future lawmakers could undo this Palmetto victory, but the precedent-setting nature of the win creates another template for future landowner-advocate collaboration.