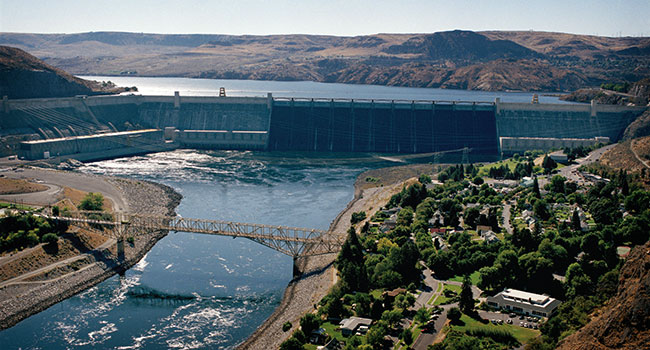 Another biased BiOp makes the rounds

Fishing is a fine way to gain insight into the true nature of water. Russian literature is an equally effective medium for getting a handle on the nature of corruption.

In the 1842 novel Dead Souls, by Nikolai Gogol, the protagonist Chichikov connives to get rich off a bureaucratic loophole. Estates are taxed based on the number of serfs the rich keep. Counted as “souls” on census data, which is gathered far less frequently than taxes are levied, the wealthy complain incessantly about being taxed for their “dead souls”—serfs that have died—but are still counted as a tax burden on outdated government rolls. Chichikov to the rescue: He roams the Russian countryside, greeting a batch of greedy, vain, unscrupulous landowners, offering to buy their dead souls. Then he’ll take this list to the bank, use it as collateral to procure a lavish loan, and live like a king for the rest of his days. 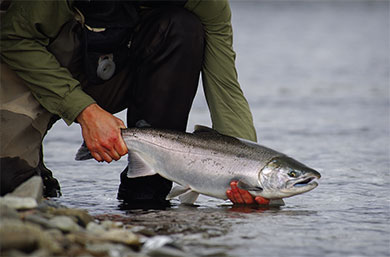 So what if some government scientists were dispatched to examine every aspect of the cadavers on Chichikov’s list? And what if they published a lengthy report assessing the odds of the patients’ recovery, and claimed them to be fair enough for the long-term recovery of deceased serfs? If you can comprehend that level of absurdity, then you’ll be able to appreciate the latest draft of the Biological Opinion (BiOp) for salmon recovery offered by the Bonneville Power Administration and its nine sister federal agencies (NOAA Fisheries, U.S. Army Corps of Engineers, USGS, etc.).

There’s no narrative thread to follow in its 751 pages, but the basic premise is as absurd as any Russian satire: To recover endangered wild populations of steelhead and Chinook and coho, Bonneville and its sister agencies need only keep doing what they’ve been doing. Which kills lots of salmon.

Re-cap: Dead-end dams like Grand Coulee, which don’t allow for salmon passage, have permanently cut-off access to more than a third of historic salmon habitat, in a river system that a century ago pumped out salmon at a pace to rival anything in Alaska or Russia. The remaining viable two-thirds of the basin is compromised by dams that are dead-end light: Some fish make it through, but not enough to recover wild populations flirting with extinction. The scientific know-how exists to remedy this problem. The political will does not. That’s because a batch of greedy, vain, unscrupulous bureaucrats are more concerned with tending to the racket of cheap power that the dams produce.

The scientific remedy would move water between dams to mimic the flows of a natural river system. Since 2005, when a federal judge ordered increased water releases, a preponderance of data strongly suggests that more water will boost survival rates, potentially to the threshold of recovery. But water is only money to the BPA and its utility customers, nothing more. So of course the latest federal offering recommends less for fish, not more. 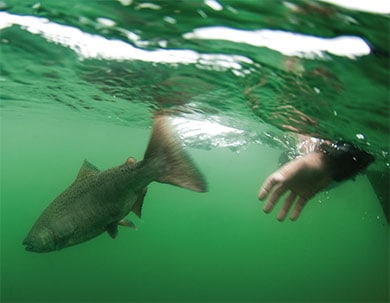 Meanwhile, the political solution for killing the scientific remedy appears to be two-pronged: 1) Claim it won’t work. 2) Complain it would cost too much money. The first defense against a river that might run a little more like a river borrows a chapter from the “scientific” defense of big tobacco: deploy mercenary scientists to remind folks that a preponderance of evidence is not the same as proof, that correlation of data is not the same as causation. The usual suspects—salmon scientists for hire (consultants), whose work has reliably aligned with Bonneville’s—provide cover in the BiOp.

Cost is another red herring. Debt is a ruthless taskmaster, and the BPA is in up to its eyeballs. It owes the U.S. Treasury about $13.5 billion, most of it derived from a doomed public-private nuclear power scheme for which the BPA got stuck with the bill. Servicing the debt costs about $750 million a year. Like any clever credit criminal, BPA artificially inflates fixed costs like salmon recovery to make it look like current obligations, rather than past blunders, are busting the budget. The line item for the Fish and Wildlife program this year is $746 million, but only about a third of this budget is actual money out the door. A full $280 million of that is as much a fiscal phantom as Chichikov’s list of dead souls. Any portion of the river that doesn’t turn tricks for agricultural or industrial enterprise—spin a power turbine, irrigate a field, or float a barge—is counted as “foregone revenue.” The river moving like a river—a service performed for free everywhere else—gets billed for more than a quarter billion annually.

On the Columbia, latter-day confidence men are taking their lists of the dead to the bank to cash in. The list contains the names of salmon runs instead of serfs. When parody gets real, it’s never quite as funny.