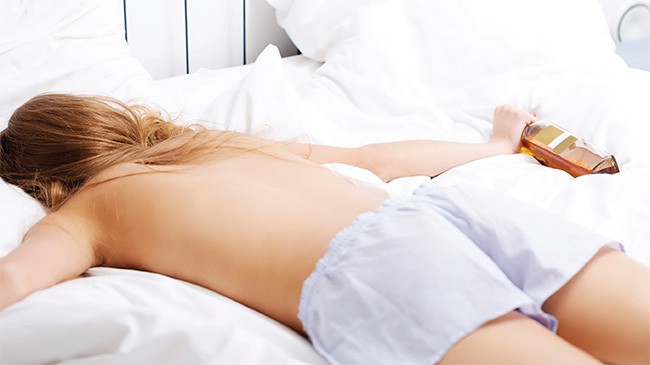 EVERY TIME A GIRLFRIEND COMPLAINS about her husband or boyfriend going fishing again (insert big sigh), I bite off a small chunk of my tongue.

I’d love for my husband to go fishing. A week in Montana? Hmmm- That doesn’t seem far away enough-or long enough. I hear there are big fish in Kamchatka. And if you’re going to go that far, why not take a whole month? Here’s my PayPal password, honey.

A few months ago my husband broke his foot playing capture the flag (go ahead and laugh-his doctor did). Since then he’s been in so much pain you’d think he has blood pouring from his eye sockets. But it’s not the pain from the pulverized metatarsal that’s killing him, it’s the pain from not fishing. Turns out he can’t stuff the bulky cast into a wader, so he clump-clumps around the house, bemoaning the fact that somewhere out there large trout are lounging in deep, clear, sundappled pools, unmolested. Some friends have suggested that he spend the rest of the season tying flies. This is like handing a porn addict an L.L. Bean catalog. (“Here, it’s almost as good. That lady is wearing silk long underwear.”)

Speaking of sex, fishing makes people even happier than sex, depending on what phase your relationship is in. Remember that part in Brokeback Mountain, when the cowboys pretended to “go fishing” but didn’t? I never believed that bit. They were middle-aged at that point, and Wyoming is full of blue-ribbon trout streams. Not even hot gay sex could top that, once the shine wears off.

Don’t believe me? Here’s a test: Ask any one of your married fishing buddies to show you his wedding photos (go ahead, dig out yours, too). See how the groom is as pale as a lamb? His smile is frozen and there’s a glimmer of fear behind his eyes.

Now look at his grip-and-grin photos. Find one of him chest-curling a large fish. Smiling like he just won the lottery, right? Behind those polarized lenses, his eyes are dewy and sparkling. Remember that Simms ad with the big headline reading “We Now Pronounce You Man and Tarpon”? They were onto something.

Listen up, fishing widows: The man in the photo let that fish get away. True, he may talk about it for years to come. He may even carry a photo of it in his wallet or on his smart phone. But he’s not going to keep in touch with it on Facebook and then meet it in a motel during his high school reunion. In fact, he probably returned from his fishing trip so happy that he actually took out the trash without you having to ask. He might have even given you an orgasm. And all this for the low price of a long weekend spent dressed like a waterproof farmer, casting a piece of fuzz into a river.

Really, this is what you’re complaining about? No trail of dirty laundry on the floor? The bed all to yourself? Watching When Harry Met Sally without judgment? Your man is hunting bonefish in Belize for six days with his buddies? Or spending an unshaven, boozy two weeks in a fart-filled cabin while stalking monster pike in Saskatchewan?

Cry me a river.

MARY LOU BENDRICK has a thing for horses and gay cowboys. She lives in Boulder, Colorado, where there aren’t enough of either.