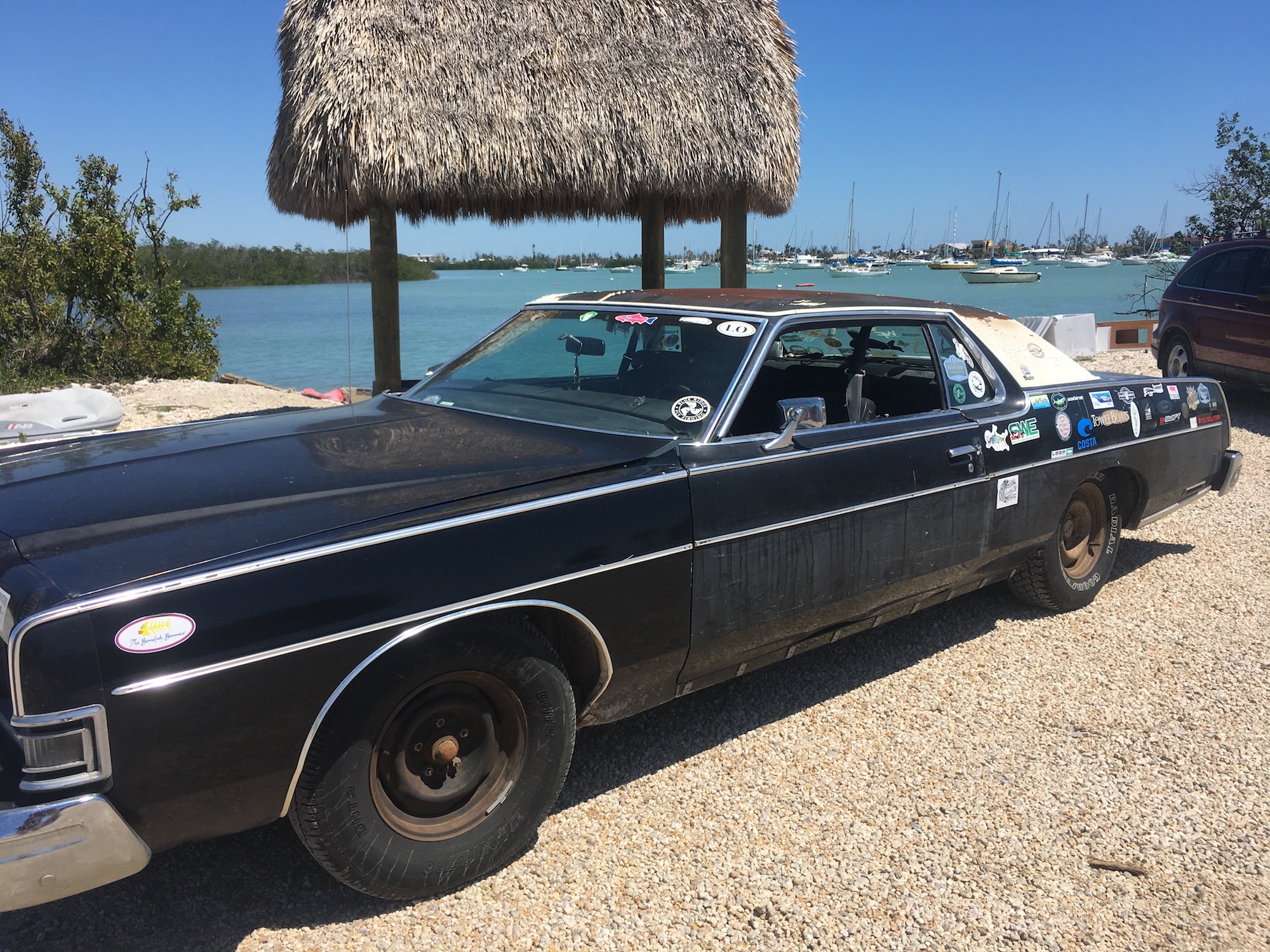 Clyde arrived in the southernmost tip of the continental United States this November. His first few months in the Keys were spent on a lift in a local shop where a generous mechanic glued, zip-tied, and hammered parts back on him. Eventually, I ran into his caretakers at a party. Keys were exchanged and I ended up with a rusty chunk of Americana parked next to the sailboat I call home.

The first week I had Clyde winds were blowing at a sustained 20-25 knots, and air temperatures hovered around 50 degrees. Clyde must have brought some good luck because on Friday, the wind died down and the water started warming up. I left the office, hooked up my skiff, and headed to a favorite flat with an armful of new flies, a gift from Dr. Ben Estes. The Doc had been fishing the Keys since the early 50s and I could only pray that he passed his decades of knowledge onto these flies.

In the Keys, Clyde only picks up one radio station, ultra conservative AM political talk radio. After 40 miles of Alex Jones and Rush Limbaugh, I made it to the ramp and where we launched my skiff. Clyde stayed at the boat ramp while I motored out to the flat where I found crystal clear water, a cloudless sky, the right tides, and the right temperature. It was one of those days that reminded me why I left my office in Tampa to live on a boat in the Keys. Before I turned the motor off, a V formation of a dozen bonefish moving across the flat like a flock of geese. They were headed straight for the boat. The fish spooked before I could even think about reacting. Knowing this to be a place frequented by cruising pods of bones, I anchored, tied on one of Estes’ flies and waited for my next chance. Half an hour later, an even larger school arrived, well within my casting distance of 70 feet. Three eager fish moved to my first cast, the first of which took the fly. The familiar pattern of screaming line and uttered curses resulted in the prize coming to hand. I clicked a selfie and the bonefish rejoined her less eager friends. This fish didn’t break any records, but I didn’t care. Any bonefish for me is worthy of a celebration. In recognition of Estes’ fly and generosity, I pinned the bug over Clyde’s steering wheel. 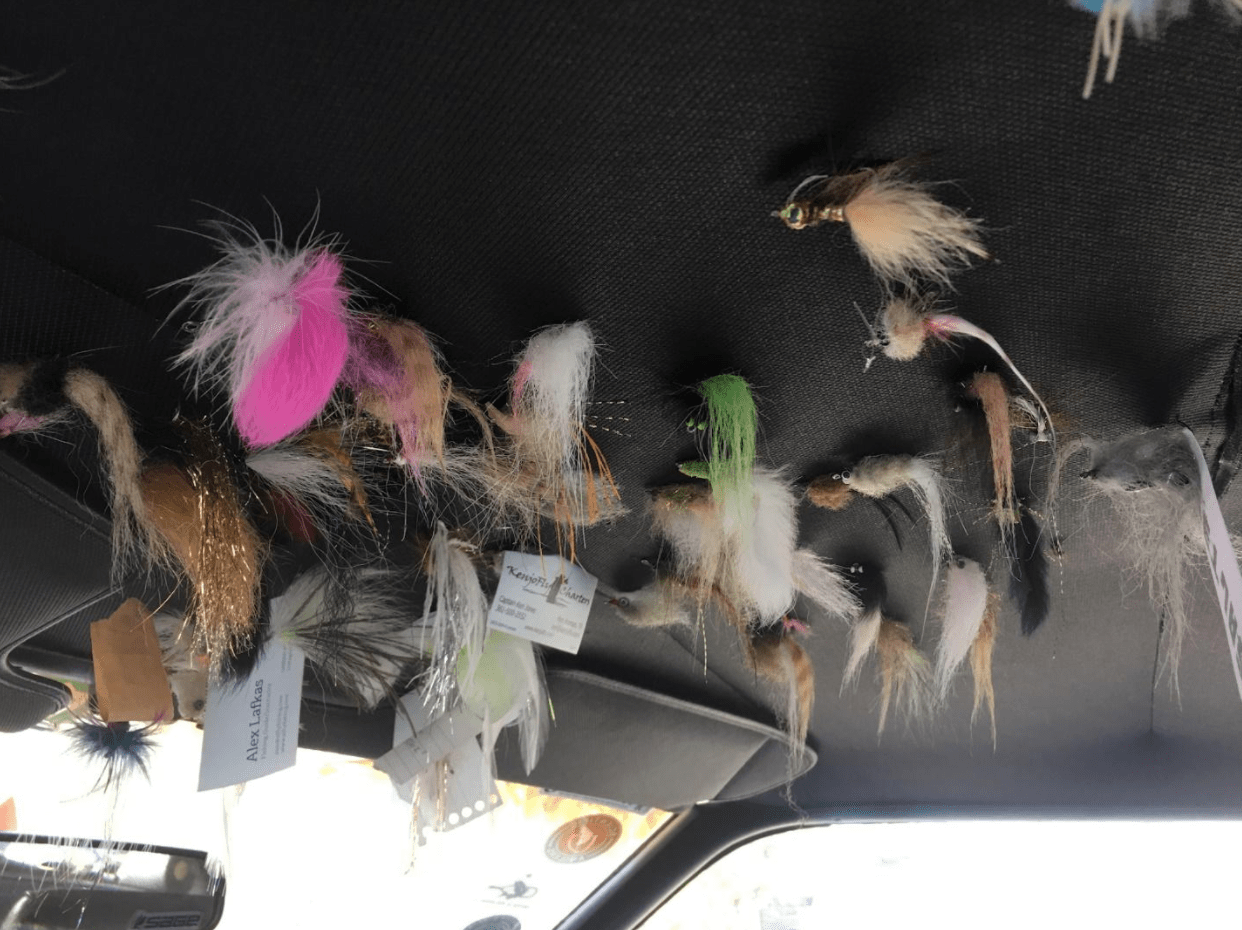 A few days ago I passed Clyde on to the next victim. I made sure to leave my mark by posting half a dozen stickers to Clyde’s rusting exterior. There will be a lot to miss about Clyde: the wide berth other drivers give Clyde, the rubber-neckers reminded of their outlaw uncle who drove a similar vehicle, the out-of-towners who stop me for a photo. I liked to pretend that they were impressed by the man behind the wheel but we all know that it wasn’t me that they wanted a photo of.