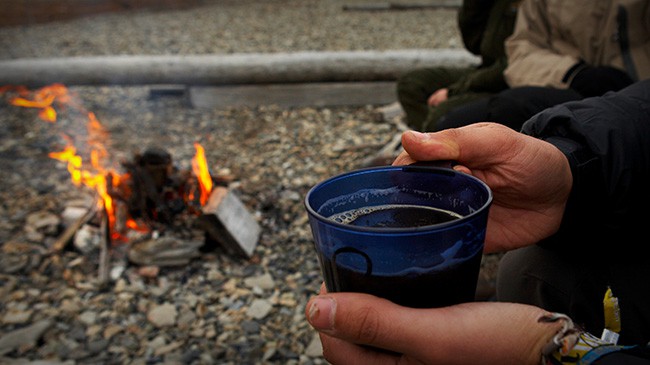 The consequence of Gierach

“What are you up to?” Ed asked wryly, watching A.K. pour his coffee beneath a bush near the edge of the stream.

“He’s gone to take a crap,” A.K. nodded toward the trail leading downstream. “The only reason I ever drank this stuff is cause he’s so damned earnest about the ritual. But today’s is just too putrid to stomach.”

Ed shuffles over to A.K. and begins to pour his out, too.

“Not all of it!” A.K. said with alarm, “just most of it. You gotta leave some in your cup or he’ll just pour you another.”

Ed returned to his seat, scowling down at his cup of black slurry.

“I regret the day I taught him to make the stuff,” A.K. muttered, looking into the battered tin cup.

“For years I was the one who made the coffee,” he sighed. “My pot was perfect and I didn’t buy the cheap grounds. I’m not one of those mocha-latte-half-caff lightweights, but I doubt that cheap stuff he buys is really coffee.”

“And you’re supposed to put two handfuls of coffee in. Sometimes his coffee is weak but mostly it’s too strong. I think his hands are deformed. Or maybe he just can’t count.”

“The damn coffee was my ritual,” A.K. sulked.

Light footsteps on the forest floor drew their attention. John returned to the clearing and flipped the crushed roll of toilet paper on top of his rucksack.

Steve Zakur is a writer, photographer, and “trout bum living a technology exec’s life” in Connecticut.