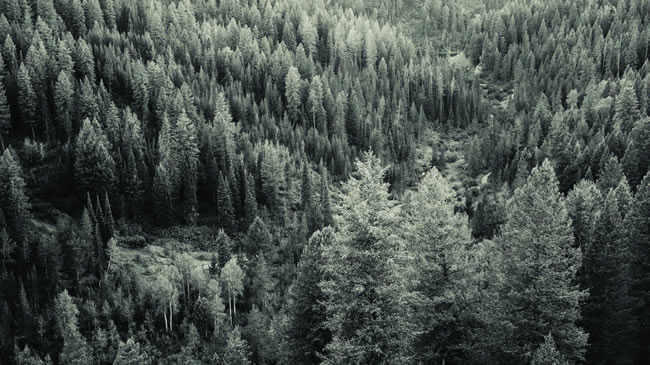 An argument for catch-and-release fishing

I rarely keep trout—let’s get that straight right away. I have no ethical objection to killing them when done responsibly, I just prefer to leave them in the river. Plus I’ve never really enjoyed the taste of trout, which my wife still regards as “strange,” given the amount of time and effort I spend chasing them. In fact, I didn’t develop an official stance on catch-and-release fishing until the summer of 2007, when six friends and I traveled across the country to fish and camp in the Yellowstone area.

I’m not sure why we decided that we’d catch our dinner instead of packing in food, but it was likely some form of misguided machismo. Regardless, we didn’t have much experience with this sort of thing, so we needed to consult the local fly shop about the rules. A gentleman named Rich, sporting an exceptional mustache, was behind the counter when I walked in. I spent a few minutes wandering around the shop, loading up on “hot” flies and other trinkets in hopes of softening the blow of my pending inquisition. I waited until checkout to drop the bomb.

“My friends and I are thinking about camping tonight,” I told him. “Can you tell me the regs for keeping fish?” Rich looked at me like I’d just taken a shit on the floor. “I don’t know man, I try not to ever do that.” Translation: You should be ashamed of yourself. And I was. So I changed the subject and asked him about his favorite camping spots. There’d been a huge drought throughout the Yellowstone area that summer, so park authorities had banned the use of fire in all backcountry locations. Consequently, we were forced to explore other camping options. Since there were seven of us, we needed to find a spot with plenty of room to camp, and enough water to spread out so we weren’t fishing on top of each other. Rich mentioned a place called Bear Gulch.

Located near Last Chance, Idaho, the Bear Gulch area has recently experienced an increase in visitation. Still, it remains remote enough to continue deserving its name. My friends and I got to the access parking area around mid-day, unpacked our van, and began hiking down a dusty trail leading to the legendary Henry’s Fork. The hike in is about a mile along a manageable trail. At least, it seemed manageable on the way down.

Over this short distance, the trail drops nearly seven hundred feet into a narrow canyon. To call it steep would be an understatement. The angle of the slope so inspired Targhee National Forest Ranger Rufus Hall and Norwegian skier Alf Engen that in the spring of 1939 they turned Bear Gulch into Idaho’s second ski area, right behind Sun Valley. The resort has been closed for many years, but its ghost can still be seen as you hike past the rusted remains of pre-war chairlifts draped with broken cables.

With an evening caddis hatch blanketing the water, the fishing was excellent. We soon filled our creels, headed back to camp, and started a small fire before cleaning the day’s bounty. I imagine even the most heart-hardened of bait fisherman would’ve felt some remorse after killing these fish. Rainbow trout are always beautiful, but there is something especially engaging about the shape, size, and color of a Henry’s Fork fish.

Karma at least had the decency to wait until after sunset to punish us. Thunderheads rolled over the mountains and into the canyon, delivering a downpour before we had time to react. Since we hadn’t set up camp yet, we were forced to find shelter beneath a tarp. It had been a long time since a storm had pummeled the area and it seemed the ground had forgotten what to do with it. Pools immediately began forming, and the dust-covered hiking trail, eager to soak up the water, quickly turned into a mudslide. We thought about leaving but decided instead to ride it out, unwilling to negotiate the increasingly difficult and dangerous route out.

When the rain finally began to subside, our friend Adam emerged from beneath the tarp, intent on cleaning the rest of our fish. But as he was walking around the fire he lost his footing on a patch of soggy grass and fell—directly onto his hunting knife. His body hit the ground with a dull thud, and he lay there motionless. Not until I ran over to him did I see the knife sticking out of his leg. When he landed, the force of his body had plunged the serrated blade two and a half inches inches into his left thigh, severing an artery. The woods were pitch-black at this point, but the smoldering fire gave off enough light for us to see the extent of the damage. We watched, horrified, as blood poured from his wound, mixing with rainwater to form a dark pool around his body. Adam began to moan.

We immediately mobilized. Will applied a belt to Adam’s leg as a tourniquet above the wound, but it didn’t seem to make much of a difference no matter how tight we pulled it. Within minutes he was pale and shivering, showing the first signs of serious blood loss. A stretcher was made using a camping hammock and two rod cases.

We carefully loaded Adam onto the makeshift gurney and began our ascent to the van. It had started raining again, and the trail was a disaster. Endless streams of rainwater were barreling into the canyon, making the steep incline next to impossible to get traction. We slid two steps back for every three we took forward. We couldn’t go ten feet without someone falling, throwing Adam to the ground and causing more blood to shoot from his wound. I began praying out loud.

Watching someone lose a deadly amount of blood is a scary, surreal process. The initial symptoms of paleness and shivering give way to intense pain, which is eventually replaced by a strange sense of euphoria (a side effect of your brain not receiving enough oxygen). Finally, after enough blood is gone, the body shuts down entirely and the person passes out. Adam lost consciousness halfway up the trail.

We had no cell service in the canyon, and we only had two flashlights between us. Kyle ran ahead to the parking area to phone for help, which left five of us to carry the stretcher with only one light. The grueling climb was the most physically demanding mile any of us had ever experienced, yet it miraculously took us less than an hour to reach the top.

Later that night, at a hospital in St. Anthony, we learned that Adam’s hemoglobin level had been less than seven when he’d arrived at the ER (sixteen being normal for a man of his size). The doctors told us that he’d lost over one and a half liters of blood, and that if he’d lost two there would’ve been nothing they could do. Our friend survived by a matter of minutes.

Thankfully, after a series of surgeries and transfusions, Adam made a full recovery. He still hikes and fishes regularly in his hometown of Durango, Colorado. As for me, I’ve never been the same. The experience of Bear Gulch gave me a new perspective on a controversial angling issue. My official position on the matter of catch-and-release will forever be summarized by Adam’s first words after he regained consciousness: “Doody. . . we never should have kept those damn fish.”