Understanding the Waters of the United States rule

The first places I explored as a kid, outside of my backyard, were the small creeks and wetlands near my home. They were full of tadpoles, salamanders, and, if we were lucky, turtles. I spent countless hours trying to fit various animals into Mason jars, but mostly I just covered myself in mud.

Turns out, small creeks and wetlands aren’t just a kid-friendly introduction to aquatic ecosystems; they’re also essential to watershed health. Once thought of as wastelands, wetlands and small tributaries are now widely recognized for the critical functions they provide, such as storing floodwaters, maintaining surface flow of other streams, filtering pollutants, and providing habitat for juvenile animals.

According to the Bush-era EPA, wetlands “provide an essential link in the life cycle of up to 90 percent of the recreational fish catch.”

Given the critical role these waterbodies play in maintaining healthy fisheries (and sustaining the estimated 828,000 jobs and $115 billion recreational fishing industry), anglers have closely followed President Trump’s July rescinding of the 2015 “Waters of the US” rule. The legal history of how we got to this point is long and convoluted, but it provides context to understand the President’s proposed changes.

Federal oversight of discharges into waterbodies goes back at least to passage of the 1899 Rivers and Harbors Appropriation Act. That act established a permitting system to regulate such sensible things as dumping trash (“refuse” in 19th century legalese) into waterways, and gave the Army Corps of Engineers authority to approve dredge and fill operations.

Congress’ next major foray into water quality was the 1948 Federal Water Pollution Control Act. That act allowed the federal government to fund water-pollution research and provide loans to states to construct water-treatment plants. Even after amendments in the 1950s and ’60s, it was widely recognized as minimally effective.

Two highly publicized events brought increased attention to water quality in 1969. In January, over three million gallons of crude oil spilled into the Pacific Ocean near Santa Barbara, California. And that summer, an oil slick on the Cuyahoga River in Ohio caught fire spectacularly, damaging a couple bridges. In the wake of these events, and with growing interest in environmental protection (the inaugural Earth Day was in 1970), Congress decided to once again tackle the issue of water pollution. On October 18, 1972 the Clean Water Act was born.

From the outset, the Clean Water Act had two lofty goals: 1) making all waters “fishable” and “swimmable” by July 1983, and 2) eliminating the discharge of pollutants into navigable waters by 1985. Spoiler alert: neither of the goals were met. Nevertheless, drastic improvements to water quality have been achieved through the Act’s permitting mechanisms, which operate on the premise that it’s easier to control pollution at its source than it is to clean it up after it has entered a waterway. Permits are required through the EPA to discharge pollutants, and permits are required from the Army Corps for dredge and fill operations.

Both permitting requirements are triggered by a discharge into a “water of the United States.” But Congress didn’t define “water of the United States,” leaving that up to the Corps and EPA. Disagreements over the appropriate definition arose quickly. The Corps’ initial definition pointed to navigable waters as defined in the 1899 Rivers and Harbors Act (mainly, sizable rivers navigated by commercial vessels or used for commercial purposes). The D.C. federal District Court invalidated that definition in 1975, finding that the Clean Water Act had more extensive application.

In response, the Corps issued a new definition in 1977 that broadly included traditionally navigable waters, directly and indirectly connected tributaries, adjacent wetlands, and “other waters” that could “affect interstate commerce.” The reference to interstate commerce was included because federal authority to regulate surface waters has its roots in the Constitution’s Commerce Clause. The Supreme Court unanimously upheld the 1977 definition in 1985.

But Supreme Court decisions in 2001 and 2006 muddied the waters. The 2006 Rapanos decision failed to present a majority opinion. Instead it issued three competing opinions. Justice Scalia’s opinion found that an isolated waterbody required a “continuous surface connection” with a traditionally navigable water to be jurisdictional; Justice Kennedy’s opinion only required a “significant nexus;” and Justice Stevens believed both tests were too narrow. (The definition of significant nexus has also varied, but has been generally defined as “waters that significantly affect the chemical, physical or biological integrity of a traditionally navigable waterway, or interstate water, or territorial sea.”)

Confusion ensued. Ultimately, most federal appellate courts embraced the Kennedy opinion or found that either the Kennedy or Scalia test sufficed. Still, clarification was needed. Thousands of nonprofits, local governments, and businesses urged the Corps and EPA to revise and clarify the regulatory definition. So they did. In 2014 they jointly revised the 1977 definition using Justice Kennedy’s “significant nexus” test as a guide, supported by a 408-page scientific justification. After reviewing more than a million public comments (90 percent of which favored the rule, including support from Trout Unlimited, the Theodore Roosevelt Conservation Partnership, Backcountry Hunters and Anglers, and the Izaak Walton League of America) the agencies finalized the revised definition in 2015.

In many circles, the revised definition was hailed as a success, clarifying federal protections for two million miles of streams and 20 million acres of wetlands that may not have been protected under the Scalia opinion. Those waterbodies eventually supply the drinking water for one in three Americans.

But it wasn’t popular everywhere. Then-Oklahoma Attorney General and now-EPA Administrator Scott Pruitt led a coalition of states challenging the definition as federal regulatory overreach. The lawsuit stalled application of the rule, and on June 27 of this year, the Trump Administration formally proposed its repeal. In its place, President Trump has instructed the Corps and EPA to craft a new rule implementing Justice Scalia’s opinion.

This is the crux of the issue: If waterbodies aren’t protected under the Clean Water Act, then you don’t need a permit to discharge pollutants into them, or to fill one in entirely (absent other state requirements). Justice Scalia’s test focuses on permanent waters with “continuous surface connection,” which excludes waters that only flow seasonally, after storms, or that are connected through groundwater. TU estimates that 51 percent of tributaries in Montana’s Blackfoot River basin, 67 percent in Oregon’s Deschutes River basin, and 68 percent in Colorado’s Upper Arkansas basin don’t meet that definition. And those are just a few examples. Discharges directly into these iconic rivers would still be monitored and regulated, but discharges into more than half of the tributaries that feed them would not. Meaning that, when seasonal flows increase, and there is a “surface connection,” pollutants discharged into intermittent headwaters will wash downstream into prime fish and wildlife habitat, and drinking water supplies. The Kennedy test says that is a sufficient connection to trigger Clean Water Act protections. The Scalia test does not.

One of EPA Administrator Pruitt’s favorite comments following the decision is that the proposed repeal will “return power to the states.” And it’s true: States can choose to protect these waterbodies without federal oversight. But that’s unlikely to happen in those states that joined Pruitt in challenging the rule to begin with (more than half of the Union). Several states just outright prohibit regulations stricter than those of their federal counterpart.

Striking the right balance between regulating private land and acknowledging the interconnectedness of waterbodies is complicated. But now at least you’re armed with the legal history of the Waters of the U.S. Rule next time you’re three bourbons deep into a campfire debate over the merits of the Scalia vs Kennedy test. 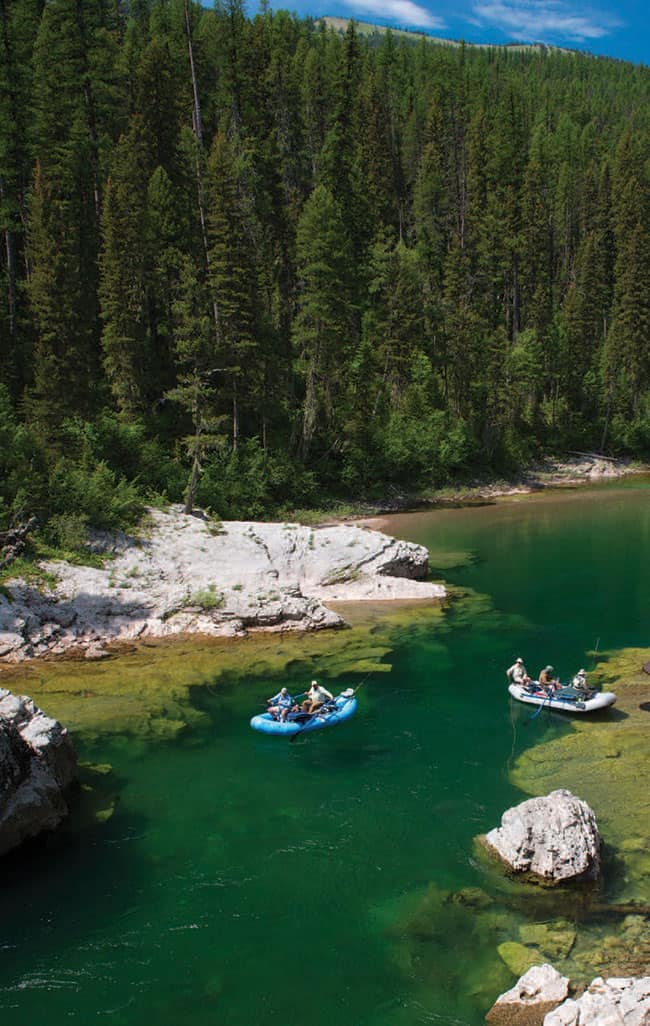