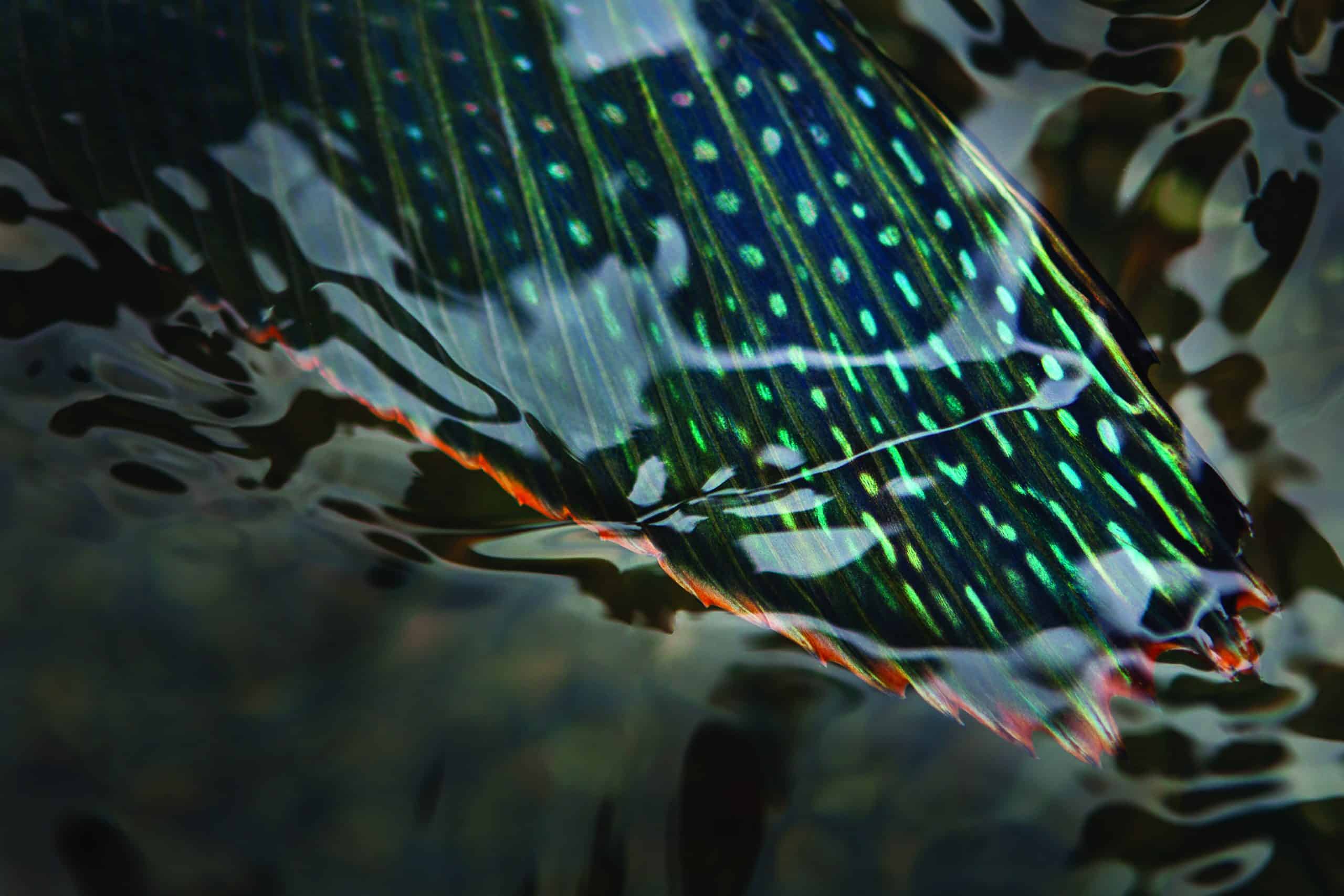 Ingrid. One women leaves an oversized impression in Alaska.

Ingrid hired me not long after she’d lost a hundred pounds and her first husband. She didn’t lose him the way so many Alaskan women seem to lose their husbands, though. There was no plane crash or drowning, no snowmachine accident, suicide, or fentanyl. No, this was simple divorce. A fresh, lean start. Her tattoo was new, too: a black stonefly the length of her forearm.

Ingrid was a fisheries biologist who rode a deafening ’92 Harley Softail with her rod tube tucked in a saddlebag. She was weathered and hard to look away from, and I tried not to finish her sentences when she stuttered. Because she did. Sometimes badly. And it was only then, when she couldn’t find a word, that her vulnerability—for a moment—would flash through. But this isn’t just a story about Ingrid. It’s also about the fish.
Ingrid would probably want you to know—as she swept back her long, black hair and looked at the sky to find the words—that it should only be about the grayling, always, and not about her. Because she was just a kid from some unlucky part of Jersey or Mass or whatever East Coast dock-town she grew up in, who had spent her summers selling bait.

I don’t remember everything she told me about her past, but it doesn’t matter because all of that was before Alaska, before I knew her, and before either of us knew anything about the most beautiful fish in the world. She hired me the day I interviewed, and together we flew through the White Mountains of Central Alaska, in helicopters mostly, but sometimes planes, following drainages to the upper reaches of clear-running creeks before putting down and peeling off our Nomex suits and breaking out the raft as the pulse of the chopper rotors faded with distance.

We used fly rods on these week-long floats, and my job was simple. Catch a grayling. Pull six to eight scales. Record the fork length. Release and repeat. The grayling rose to our flies like swallows, as if moving through air, not water. There are things in this world that are lost before they are ever truly known, as if they were never there at all. We floated these creeks—Bear and Nome and Beaver—to make sure that didn’t happen; each fish caught now known and recorded. Date and time and length and scales—hundreds of grayling—a testament against what might come: mines and fires and droughts and dams. Ingrid and I never talked about what might come; all that mattered then was what flowed around us. At 65 degrees North in June there is no night, and December’s darkness feels as if it might never arrive.

Grayling spawn in riffles over shallow gravel, the males displaying their dorsals to warn rivals and court females, and when the time comes, draping those same big fins over mates that deposit ripe, sticky eggs into the creek bottom. The larger grayling we caught were older than most of the moose we floated past. Interior Alaskan grayling grow slowly and live for years, reaching maturity at age seven, but sometimes living a dozen or more years, growing more striking with age. Larger dorsal fins. Deeper blues. Darker greens.

Ingrid carried a revolver on her right hip, over her waders, but I never saw her draw it. We worried less about bears than we did about pinning our raft under sweepers. When you are out—like she and I were out—really out there, without any chance of getting help when you might need it, you’d think that on some level you’d be anxious about how far you are from anything.

But that’s not it at all. Instead, you feel as if what’s around you is everything, and that you belong there, and that you’ve found something that you hadn’t known was missing. Even when you drift around a tight bend and find a grizzly on the bank (surprised by the improbability of a red raft on blue water) your senses sharpen and there’s a moment of concern—and even of rising fear—but there’s no anxiety. Not like the anxiety that waits for you back in town. Grayling often took our flies only after arcing from the water, studying their targets as they fell, mouths open, eyes locked for a clean reentry, like kingfishers or the sharpest of knives.

I wonder what Ingrid might say today—many years after I worked for her. I hoped that I remembered enough. I hoped that by putting all this down in words I could hold onto those wild places. I thought that I’d be able to send this to her and ask her: Did I get this right? Is what I remember still there? I thought that I would be able to hear her familiar halting words. I now know that we lost her even before I started writing this. Ingrid died, her obituary says, unexpectedly, at home, when she was just 45. April 11th, 2011. It would have been a Monday. I have nothing else to go on, other than the names of her four sisters, an ex-husband, and that she loved dogs and Alaska. Some of that I knew, but I don’t know why she’s gone.
I hadn’t even known that she had passed away. “Died unexpectedly.” There is so much in those words. Two true words that explain so little. But here’s what I think I do know. I think Ingrid would want you to know that everything is not lost, and that on the river everything is better, and that the words come easier, what with the smell of the spruces and the sounds of water all around you. And she would want you to know that these fish, even in the depths of December, will find a way—stacked in the deeper pools and springs, under feet of ice and snow, tails slowly beating the gunmetal water of winter—to hold themselves in the current, together, making it somehow until May and that moment when they can look up again and finally see sky.

George Rogers is a science teacher, writer, and guide. He spends his summers at his cabin outside Denali National Park and the school year in Northern New York.