A lesson in patience, persistence, and heartache

Devoted to the untraceable path, carp are muddy enigmas that speak an ambiguous language. Wanderers of sunken trees along river islands, their routes are tied into knots, impossible to untangle. One can only hope, with carp. One can only seek. They are non-native, but they have come to know this river. They fit here, and strike a balance with all that’s been pumped into it. Carp crawl along the shallows. They keep to themselves. They love the silty, the stagnant, the excess, the forgotten. They tell a story no one else is telling.

Last June, after two months of remote, virtual teaching, I needed to get out. I had to find some wildness close to home. I’d never caught a carp, but quickly learned that fishing for them isn’t like fishing for anything else. Living by the Susquehanna River, I found myself standing and sinking into their mud on a daily basis, trying to hit at least one note of their koan-like melody, to get close enough to hear their tale.

I stared into the water more than I cast. I transitioned from teacher to student, and each time I went out, I learned something new: If you’re casting to a mud plume, you’re already too late; there’s movement, even in still water; cast right in front of that movement; watch bubbles; stand still; look in the shallows, and in those long, slow eddies under silver maples; watch their lips, and once their body tilts slightly forward, set the hook.

Don’t be surprised when a carp—after cruising in a straight line for ten yards—suddenly takes a hard right. To get in the mind of a carp demands letting go of reason. Don’t try to understand these irrational fish. Just walk up on them, but do not look for them. Once you forget they exist, they will appear.

There are no absolutes with carp. When they appear, stop. Watch them. If their lips are languidly nudging river-bottom, slowly tie a small crayfish pattern to your 16-pound tippet. Cast right in front of them, and let the fly sink until it’s at their mouth. Twitch. Once it disappears, you have met your carp. After it takes your fly, it’s going to start swimming away, slowly. Don’t be fooled. This is the first carp you’ve hooked and it’s 95 degrees with 100 percent humidity and you’re a little dehydrated from drinking last night so you’re standing flatfooted when it turns and shoots downstream into a fast riffle that gives you only enough time and mindfulness to let a little line go and all the tension that’s been building in you over these past few months of not-being-able-to-see-anyone-or-go-anywhere suddenly snaps and leaves you with a limp line dangling from your rod and you swear so loud that the people riding on the rail-trail 70 yards away stop and wonder if someone just got stabbed.

Because, you see, you didn’t tie the crayfish pattern to your 16-pound tippet; you tied it to the 8-pound tippet that you already had on because you were in a rush to cast. You became a fool in your excitement. I’m ashamed to admit that I threw my rod in the water. But in that brief moment of loss, all the frustration and isolation and anger of the pandemic months overwhelmed me. I grabbed my rod, rode my bike to my truck, drove home, and took a shower. I rubbed my dog’s belly. I put on some John Prine and made enchiladas. I drank a whiskey ginger.

Sometimes it’s okay to let ourselves be overwhelmed by heartbreak, or whatever else has had us on edge for days or months. Sometimes I think it’s even okay to throw our rod in the water. Sometimes we have to be reminded that absolutes are false prophets. It’s easy to follow them, but we’ll still end up swearing at water. Sometimes it’s best to accept the carp as our teacher, to understand that koans don’t have answers, so we should just embrace the uncertainty, thereby increasing our capacity to love even a lost fish. Sometimes we just have to ask forgiveness and go back to the river.

Michael Garrigan writes and teaches along the Susquehanna River, and believes that every watershed should have a Poet Laureate. He is the author of the poetry collection Robbing the Pillars. 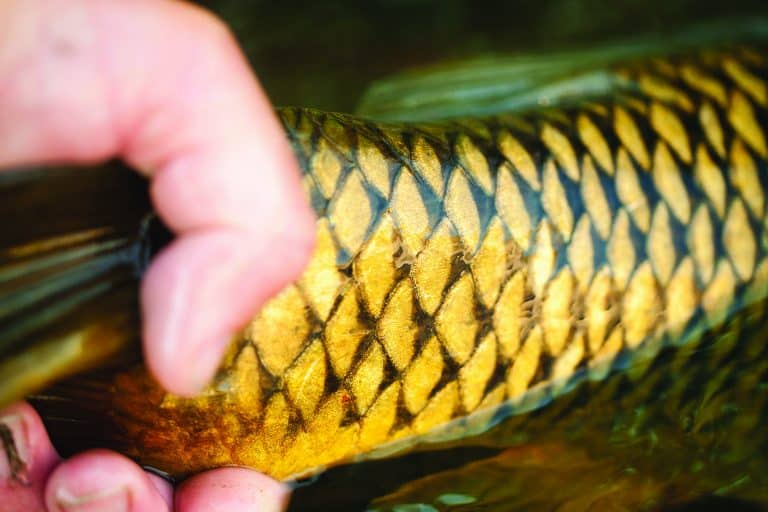