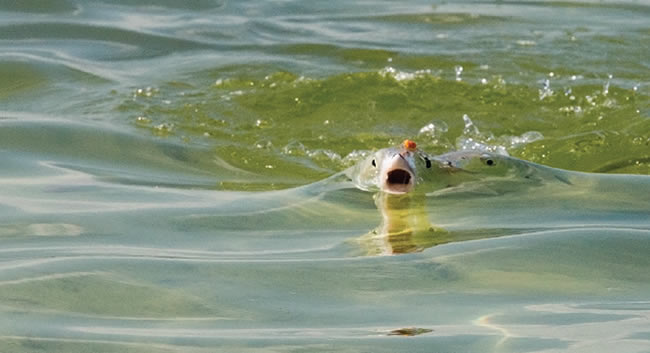 Should we be targeting bonefish with dry flies?

THE FIRST BONEFISH TO EAT MY DRY was tailing in ankle-deep water. I threw it two feet ahead of him and left it to dead drift. When he got near, I stripped it and he saw the wake, followed with his head up, hesitated, then turned away. I twitched the fly and he circled it three times, puzzled but intrigued. I let it sit for a moment, and he stalled underneath, studying it. When I twitched it again he came up and inhaled it like a trout.

That was more than two years ago, not long after Johnny Pares and I landed jobs managing Casa Blanca and Playa Blanca lodges, on a small island just south of Mexico’s Ascension Bay. We were both fishing guides once, he in the Northwest and I in the Southwest. We met at a lodge in Patagonia, and while fishing together in the shade of the Andes, we discovered a mutual addiction for dry fly fishing and a mutual attraction to each other.

But we were from different parts of the country and neither of us had plans to move. I got home and months passed before he called and offered me a plane ticket to the Northwest and a front seat in his drift boat. It was the easiest decision I ever made.

The next season I was guiding on Montana’s Kootenai, rowing a drift boat on a river that was thirty times larger than the Rio Grande. I was loving it, but dreading a fast-approaching winter.

Johnny and I had recently discovered saltwater flats fishing, so, on a whim, we answered an ad for a bilingual couple to manage a “well-respected fishing lodge in the Caribbean.” Three months later we found ourselves on a twenty-five-mile-long island—job accepted, papers signed. This is our third season.

We spent our first months learning the basics of the saltwater game, tying all of the shrimp, crab, and baitfish patterns and catching plenty of the big three, plus snook, jacks, barracuda, sharks, and triggerfish. But we are dry fly fishermen to the core. To see a fish look to the surface and mistake our fly as edible: That moment is what we loved.

It didn’t take long before we began dreaming of our freshwater haunts: caddis on the Arkansas; drakes on the Conejos; stoneflies on the Gunnison; skwalas on the Clark Fork; Yellow Sallies on the Yaak. Dry flies, all dry flies…

We sat down at the vise and began our prototypes. First they were big, foam monstrosities, designed to target the largest species. This is nothing new, of course, and these flies worked well. We even fooled a permit. Then we began to wonder if bonefish—those notorious bottom feeders—would look up to eat. Could we start fishing to them on the surface? We went back to the vice and started tying small foam “shrimp” patterns. We tried them on our home flat and they were roundly denied, so we went back to the vice, and ventured farther afield.

That’s when the first one ate. We refined our technique and our patterns after that first experience, and we began targeting fish in deeper water, managing to eventually pull bones up from four to six feet down. Fish in schools were the easiest to deceive, but singles could be had if you kept their interest and didn’t act too desperate. 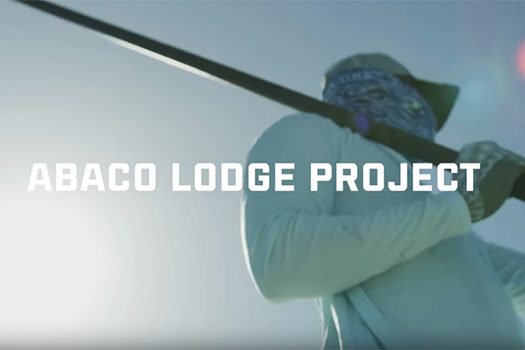 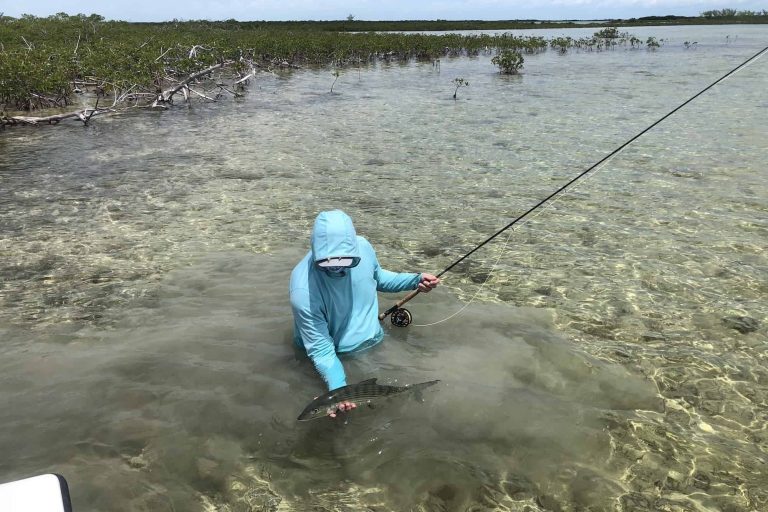 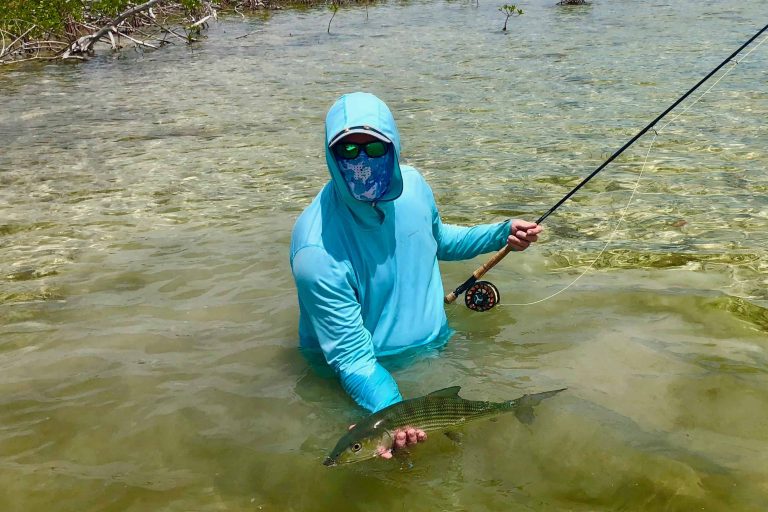 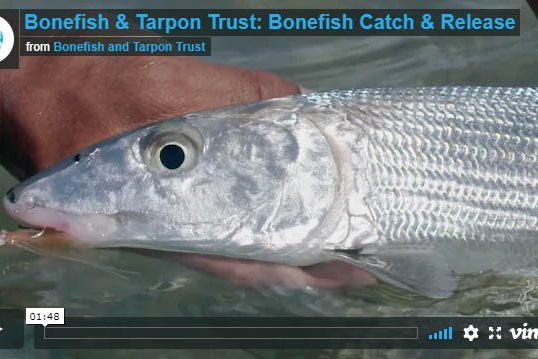 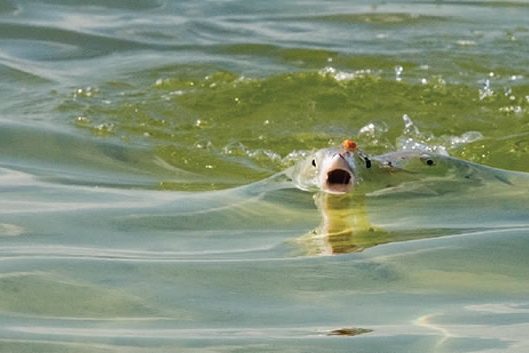 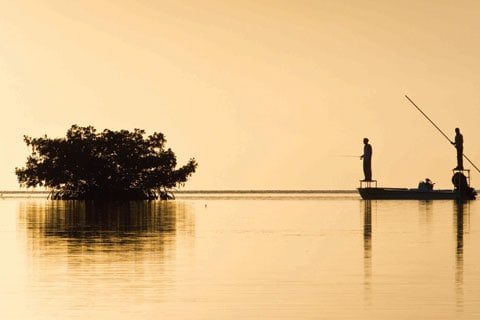