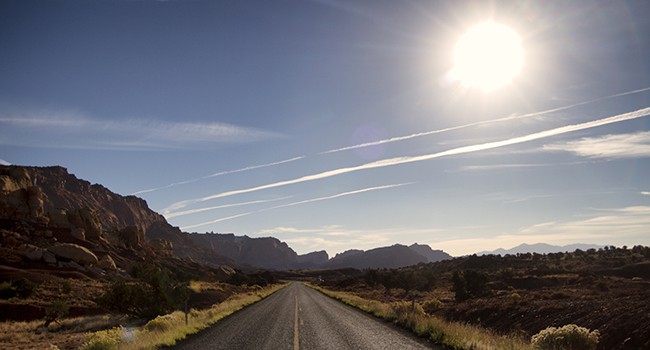 A public-lands debate at your doorstep

IN THE SPRING OF 1996, President Bill Clinton created the 1.8-million-acre Grand Staircase-Escalante National Monument, encircling a swath of twisted canyon country in southern Utah. Using the Antiquities Act, he sidestepped Congress—as 16 presidents have done, creating 157 national monuments—and delivered the proclamation in a ceremony on the rim of the Grand Canyon.

Opponents quickly pointed out how Clinton didn’t dare make the announcement in Utah, saying he lacked the courage to face locals who, they claimed, were being stripped of their economic birthright to extract coal from deep within the Grand Staircase.

Not long afterward, I stopped in Kanab, Utah, which lies just north of Arizona, to pick up groceries for a desert backpacking trip. In the blazing heat outside the store, two old women at a picnic table were asking for signatures on a petition to revoke the monument. I wasn’t surprised. As engrained as red mandibles on a cutthroat, rural Utahns have long fought measures to preserve their natural environment for public enjoyment.

I hoped the old ladies would fail miserably, pack up their little picnic table, and soothe their sunburned flesh with generous helpings of ice cream. Give the monument some time, I wanted to say. Other monuments designated through the Antiquities Act (including Bryce Canyon, Grand Canyon, and expansions to Zion, Grand Teton, and Olympic national parks) have eventually grown to be cherished by local communities, as well as become strong economic drivers.

But now, more than 20 years after Clinton’s announcement, much more devious and dangerous foes have emerged than a couple of old ladies. These ongoing efforts to reduce the size of Grand Staircase, outright revoke Utah’s newly established Bears Ears National Monument, and sell off public land in every Western state to special interests, simply make no sense, socially, environmentally, or economically. Since late April, when President Trump directed Interior Secretary Ryan Zinke to review the status of 27 monuments dating back to the creation of the Grand Staircase, many of us have been watching carefully, hoping Secretary Zinke’s “listening tour” is more than a charade.

Today, Grand Staircase is busy with backpackers and tourists, and a strong segment of the Escalante community, including the entire chamber of commerce, supports the national monument, says Nathan Waggoner of Escalante Outfitters.

Headquartered in downtown Escalante, his operation offers lodging and dining, and also leads guided fishing trips into the monument and surrounding national forest.

“The Escalante River marks the southernmost reach of the Colorado cutthroat,” Waggoner says. “These are pure strains that need our protection, and they fall within the monument boundaries.”

Waggoner’s business has doubled its staff in the past decade, and he’s not alone. Two new Main St. lodges have added more than 100 rooms in just the past year. Waggoner attributes much of that growth to having Grand Staircase in the backyard, and says conveying that message to the new administration has been a frustrating exercise. Businesses from Escalante and adjacent communities recently penned 150 pro-monument letters that were hand-delivered to the Department of Interior in Washington. So far, there hasn’t been a single response.

Meanwhile, motivated by the election of Trump, those who wish to sell, drill, curb access, and otherwise annihilate public lands have risen to the foreground to threaten the livelihoods and pastimes of fishermen, hunters, hikers, birdwatchers, backpackers, and anyone else who recognizes that public land belongs to all Americans.

This matters to anglers because, “nearly 70 percent of the best remaining native trout habitat [in Utah] is on public lands,” wrote Andy Rasmussen, public lands coordinator for Trout Unlimited, in an op-ed for The Salt Lake Tribune.

Last summer, the Republican National Committee adopted an official platform that supports disposal of federal lands. But the movement’s roots can be traced back to Utah, whose murky political backwaters spawned the Sagebrush Rebellion in the early 1980s. In 1995, The New York Times published a story about how Utah’s Congressional delegation (Reps. James Hansen and Orrin Hatch) had turned its back on majority support to protect land, and instead favored “the bulldozer.” Even then, they were attempting to dispose of public lands and strip protections from potential wilderness. But given the slash-and-burn approach by our new commander in chief, environmental destroyers are emboldened like never before.

As a native Utahn, I’m saddened that state officials—who preside over unspoiled lands that give the state so much of its color and character—haven’t evolved their stance on conservation, or learned from a clear historical record that shows the benefits to land preservation. But I’m also not surprised. I moved away from Utah in 1998 to escape the madness. Others are doing the same. This past winter, Outdoor Retailer, the outdoor industry’s largest tradeshow, decided to pull out of Salt Lake City and take its annual $45 million economic boost with it, in protest of Utah’s shameful approach to public lands.

Still, it was beyond disheartening to see Republican Rep. Jason Chaffetz introduce HR 621 in January, which called on the feds “to sell federal lands in Arizona, Colorado, Idaho, Montana, Nebraska, Nevada, New Mexico, Oregon, Utah, and Wyoming, previously identified as suitable for disposal, and for other purposes.”

Chaffetz, who is originally from Los Gatos, California, and called himself a Democrat until he graduated from BYU, gave the following explanation on his website: “The long overdue disposal of excess federal lands will free up resources for the federal government while providing much-needed opportunities for economic development in struggling rural communities.”

Never mind that numerous studies have shown that such a transfer will actually plunge Western states into budgetary shortfalls. It wasn’t until after Chaffetz received a deluge of criticism from fishermen, hunters, and others that he withdrew the bill, posting a photo of himself, ostensibly hunting, on his Facebook page. The glorious part—the part I’ve been waiting to see for two decades—was seeing a Utah politician receive a public beatdown courtesy of his constituents. On February 9, Chaffetz held a town hall meeting at Brighton High School (where I used to play visiting baseball and football games), where he was drowned out by furious citizens. Predictably, he argued on national TV that they were paid protesters. Also predictably, he announced that he wouldn’t be seeking re-election in 2018. That doesn’t mean he won’t run for governor. It’s unlikely that a politician who loves the limelight as much as Chaffetz will simply dissolve into Salt Lake City’s worst-in-the-nation air pollution.

Chaffetz isn’t alone, of course. Alaska Rep. Don Young introduced HR 232, which would allow states to select up to two million acres of National Forest land for logging. But Petersburg, Alaska—a town that Young supposedly represents—passed a resolution in April opposing his legislation, largely based on “the potential impact of logging on salmon streams.” (What’s that Republican line about “no local input?”)

Still, if the past six months have proven anything, it’s that Utah remains ground zero for the fight over public lands. According to polls, the state’s residents are split about whether Utah should take over its federal lands. This means, unfortunately, that you shouldn’t turn a blind eye even if you live elsewhere. Because ideas from Utah have a strange way of finding their way to your doorstep. 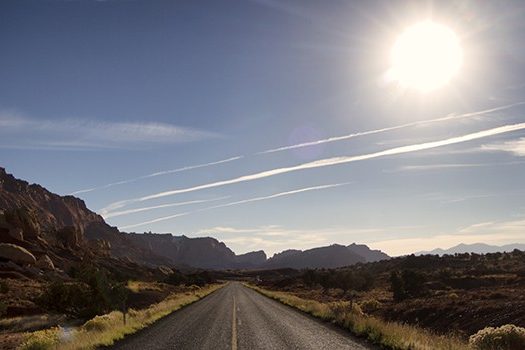 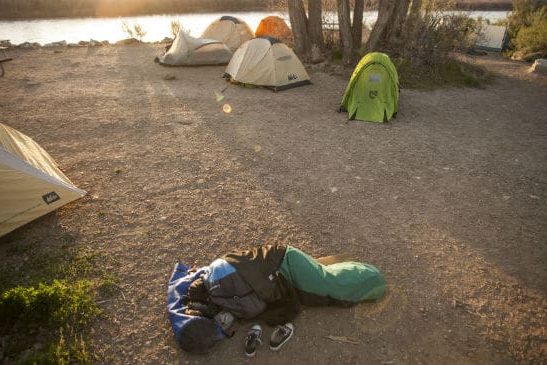