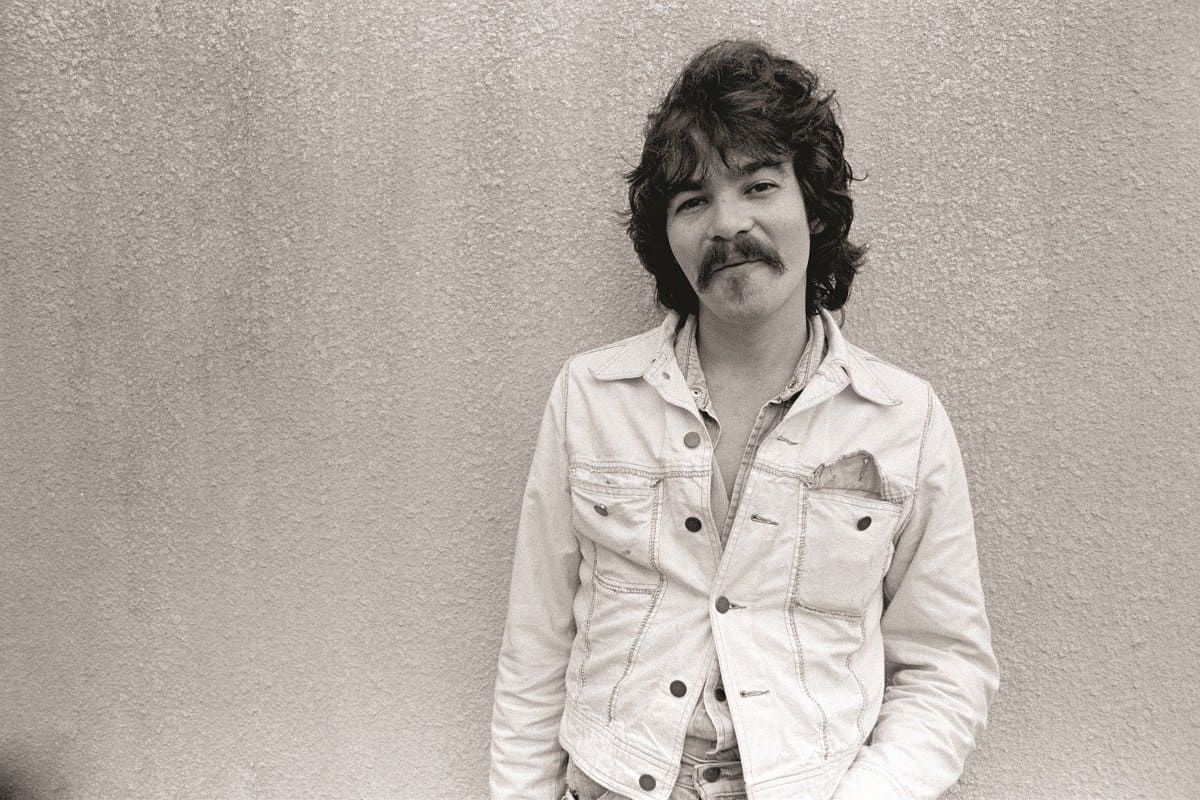 Saturday the 11th, April 2020. Got the news today. The troubadour of my soul’s playlist, the gravel-voiced poet of so many of our flyfishing adventures, John Prine, was hooked up to a ventilator. He didn’t survive. I keep waiting for one of the dearly departed to claw themselves out of the dirt, and then this thing is really on. But for me, being in Minnesota, where running water is mostly measured by retreating glaciers and the prairie potholes they left behind, the passing of Prine to the Corona brought it home. It’s personal. We lost a fishing pal.

I can play the guitar. Kinda like I can make that cast when the wind is howling, the clouds are hurling rain or snow, and the fish are rising just past my ability. I would categorize my musical aptitude, fly placement, and wedge game somewhere between meh and passible, knowing that two of the three are on ice more than half the year. A couple of the other guys in our group are musical, but most of them just like drinking scotch and requesting worn out renditions of our favorites. After 25 years of fishing together, the rhythm of the night after a day on the water—the cribbage games, the stories, the laughs, the songs—is pretty predictable. And in that same way, like water to the fish, it is needed. Cherished and desired when deprived of them for too long.

In Prine’s rendition of a classic Blaze Foley song, “Clay Pigeons,” the nugget of truth offers, “I’ll build me a castle of memories, just to have somewhere to go.” And isn’t that the beauty? Isn’t that the shiny chenille in the otherwise drab fly? The joy in a cold beer tossed from the cooler. Taking your turn on the sticks. The sandwich savored mid-day of a float. A bit of trash talk. The laughs. The sense of wholeness, of self-being, with your buddies, on a boat, on a river. The cast, the placement, the eat, the miss, the grab, the fight, the net, the release. Just as happy if it was you or the other fella. How you would’ve cut off your arm to have any bit of that mid-quarantine? A true castle of memories, indeed. The soothing poetry of John Prine three scotches in. The way three chords can be made into a symphony in the right hands.

We’ll finger-pick our way through “Clay Pigeons,” “Long Monday,” “Mexican Home,” and “Unwed Fathers,” as predictable as our buddies who strip a Woolly Bugger from Alaska to Mexico just to see what happens. In “That’s the Way the World Goes Round,” the seemingly ominous half-an-inch-of-water, assured to drown us, instead reminds us that things aren’t as bad as they seem.

The playlist of our time is not separable from our memory. On a dirt road in Minnesota, a familiar tune takes control of the oars in your mind, placing you at that spot on the river, right where you need to be. Maclean wrote, “Eventually, all things merge into one, and a river runs through it.” I would add: And there is music in the background. And there’s a good chance it’s a John Prine tune. If you are not currently a fan, it is only because you don’t know it yet.

John Hoven checks eyes for a living. His friends put up with him for his propensity to fall into the river, and his willingness to serenade them after a drink or two.