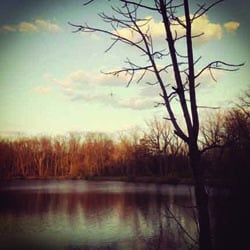 Missoula's got nuthin' on Oberlin

I thought I was just sharing a lark—fine: I was bragging—when I posted a Facebook update a month after moving from Missoula, Montana, to Oberlin, Ohio: “Just caught a dozen bluegill on a fly rod in a light rain standing on the shore of Oberlin Reservoir. I think I’d forgot how much fun fishing could be.”

My friend Dan’s comment caught me off guard: “Guy leaves a trout mecca to fall in love with bluegill on a fly. Story of your life, perhaps.”

Dan was right, I’d avoided fishing in Montana—turned my back on a daily luxury that normal people spend thousands of dollars and precious vacation time to indulge. Why? Honestly, I’m kind of scared of you people. You fishermen. You flyfishermen especially. So serious.

I grew up in Texas fishing for catfish with blood bait in the Neches River and bass with jigs in Lake Livingston and crappie with worms in Lake Conroe. We fished for grass carp with dog food. We wouldn’t have known a genetically pure cutthroat if it had jumped onto the pier with us. The “hatch?” That’s something chickens did. We were just fishing.

I wasn’t an idiot. I knew Missoula’s place in the ichthyic pantheon. I just couldn’t see a way in. I saw my first flyfisher while paddling the Clark Fork west of town, just before it joins the Bitterroot. He was trying to extricate a hook from his ass when he saw me drift into view. We both knew that flyfishing for trout in Montana was too spiritualized a pursuit to be screwed up by self-ensnaring amateurs. That guy was an amateur, and that wasn’t going to be me.

Teaching myself to flyfish on the Blackfoot, never mind Rock Creek, felt like practice-praying the rosary in St. Peter’s Basilica. I’m an atheist, but I still don’t care to give unnecessary offense. I never fished in Montana because I never felt relaxed fishing in Montana. After a while it was just too much an embarrassment to correct, like the acquaintance you see everywhere, for years, whose name you’ve never quite remembered. You can’t ask now.

I’m nothing but relaxed in Ohio. I don’t know anybody here. Their fish aren’t sacred. I ride a bike around town and take short walks down to the Arb, where the ponds are. These tree-lined, couple-acre, above-ground ponds just a few blocks from my house are unnamed. Abandoned brick waterworks date them to the late 1800s. A modern sign says no swimming, but Oberlin College students splash in the smaller, shadier one anyway.

Bucket fishermen dot the gravel trail circling the bigger one, slinging weights and eyeballing bobbers. You can see schools of bluegill at the outer edge of the shallows, keeping a safe distance from the largemouth scouting the shoreline.

That’s where I took the 4-weight set up I’d bought but never used in Missoula (I had ambitions at least), and started casting tiny dries out to the far edge of the weeds. The bluegill ate them up. I’m now getting to know my end of the pond—the only spot with room to backcast. Two huge white carp cruise the glassy promenade that edges the deep water, like submarines patrolling a coast.

It’s usually between 5:30 and 6 p.m. when the bluegills start grabbing at every cast. I hook about half those that eat. Then, as regular as astronomy, the little lake goes placid and the shadows on it grow darker and a warm sprinkle of rain tells me that it’s time to leave.

But I feel like a kid who doesn’t want to go home. I don’t care that I’m fishing for the wrong fish in the wrong state, or that my gear is decidedly awkward, or that my cast retains an unfortunate muscle memory built from time spent with Zebco bait-casting reels and lead sinkers. All I want is to squeeze another ten minutes out of it—just one more hard-fighting little fish to hook and set loose before I go home.

Brad Tyer’s Opportunity, Montana: Big Copper, Bad Water, and the Burial of an American Landscape will be published by Beacon Press in spring 2013. 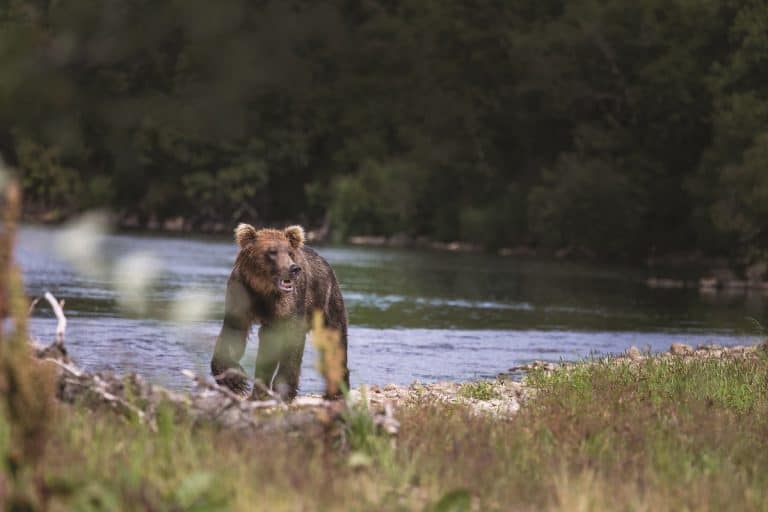