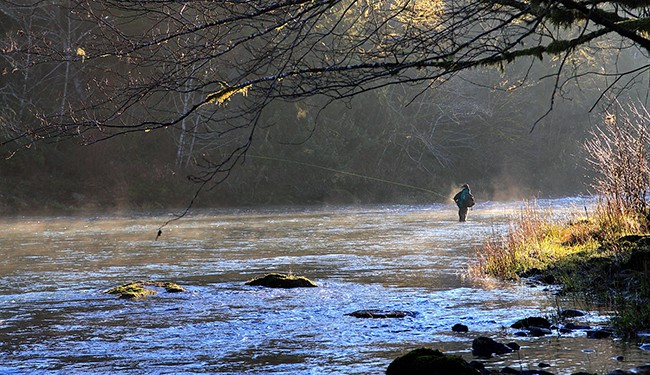 Why does the fishing gear I use define me? Why does the equipment I choose to pursue my steelhead fishing passion make or break how others perceive me? Why is there so much backbiting between salmonid anglers in different sets? These are three questions I’ve been asking myself lately. Especially after all the mudslinging and finger pointing regarding hatcheries in Washington State.

I gear fish. Mostly because it’s how I learned to fish for steelhead 30+ years ago. I also flyfish. But it’s been quite some time since I’ve tossed a fly with my 8-weight for steelhead. My casting isn’t all that pretty, but it gets the job done. I’ve caught fish on the fly and it’s been an awesome experience. So am I unique that I love to do both? Why is that?

During the last two years researching wild and hatchery fish I’ve witnessed a steady increase in the split between gear and fly anglers. It’s mind numbing to say the least. The two definitions below are my generalized representations of how both sides see each other:

Fly angler’s definition of a gear angler: Brain-dead knuckle-dragger that shows no respect for the fish or the river. Litterbug that would rather snag or floss to achieve their limit in as little time as possible. Probably kills puppies for fun. You can usually find them at the hatchery “meat hole” near a trail of beer cans, cigarette butts, and discarded bait containers and sinker packages.

Gear angler’s definition of a fly angler: Pompous self-centered ass. Would rather not fish if their ensemble doesn’t match their wading boots. Can single-handedly hog an entire run for hours on end. Fish-hugging liberal that makes casts between sips of lattes and single malt scotch. The Patagonia sticker on the hatch of their Subaru Outback is a dead giveaway.

Both examples include comments that have actually been said to me when I asked one angler group about the other. Where does the disparity come from?

Just like flyfishing, drift-fishing forces you to learn the river. And not just what’s happening on the surface, but the entire river bottom. You learn where the hang-ups are; the rocks, the logs, the currents you can’t see from above. You get to “feel” the river bottom as you drift fish. There is an inherent connection to the river when drift fishing. Not to mention the take… when a steelhead takes drift gear it can be as subtle as a mouse nibbling cheese on a set trap. Or it can be as violent as a freight train hitting a stalled car at a railroad crossing. As a drift angler, you have to be able to differentiate between a mouse nibble and another sinker skip across the bottom. The freight train part is self-explanatory. Swinging an articulated leech with my 8-weight fly rod shares similarities. But I don’t get to “feel” the river the same way. The takes can be just as subtle or just as vicious. And what I like is how I can let my senses relax a little when swinging flies. But that’s just me.

No matter what fishing technique you use, it should not define a user-group as a whole. There are dregs in any form of fishing group. There will always be slobs that you just can’t reach no matter how it’s spelled out for them. No matter how many times they get caught doing something illegal they will continue to reoffend and screw it up for the rest of us. Sadly (…and don’t shoot the messenger here) this rings more true in the “gear angler” group than the “fly angler” group. Why that is? I don’t know. But it can cast a long shadow on a lot of anglers in the same group that have good intentions and do the right thing. I hate being lumped into that group. But I know what I am doing on the river is good. I fish legally and ethically. I try to help out my fellow angler when given the chance on any given day. I am not the above definition of a “gear angler”. There are many more like me, but we are outnumbered by many more that fit the description above.

That being said, fly anglers should not look down their noses and cast stones. I’ve bumped into my fair share of fly anglers in my 35 years on the rivers that do fit the definition above. But I have also come across those that don’t. A history of conservation is one of the best things the flyfishing community has going for it. That cannot be said in the gear angling camp. Oh there are a lot of gear anglers that do their part for conservation. But again, it is a small number compared to the amount that feel it is their God given right to do as they please on any river at any time. 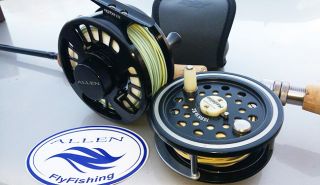 Personally, I’d rather catch and release one 20-pound wild steelhead than harvest 100 hatchery steelhead. We should all want better habitat for our fish. Notice the should and our. I say should because some anglers just don’t care about habitat. They don’t care where the fish come from either. All they know is that they pay X amount of dollars for a license so they are entitled to X amount of fish. But the fish are our fish. So we all need to strive for better habitat for our fish. We all should volunteer in river cleanups, culvert repair/replacement/removal, watershed and riverbank maintenance. Writing letters or emails and making phone calls to elected officials to let them know where we stand. We should all be flocking to help. But we all don’t. Only a small handful of anglers actually participate. I only recently started getting involved over the last five years. So I’m to blame, too.

In the end, the “us vs. them” mentality is going to kill salmonid sport fishing as we know it. That stands true for ALL anglers. There is no reason we all can’t achieve compromises on behalf of fish and fishing in Washington State. Without the fish… there will be no anglers.

[Gary Strassburg likes beer, lattes, single malt, spinning reels, emerald green water, studded felt soles, and has a Patagonia sticker right below the Lamiglas sticker on the rear window of his Chevy. He lives on Whidbey Island in Washington State, and has been fishing for steelhead—with gear and flies—since 1979. For more of his writing, check out: The Informed Washington Sportsman.]