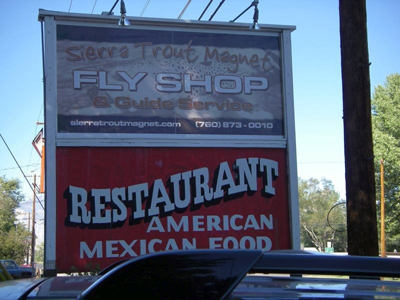 What would motivate a person to open a fly shop in the midst of the Great Recession? I asked this question to David D’Beaupre, who opened The Sierra Trout Magnet and Guide Service in Bishop, California, in August 2009. With small, independent fly shops closing left and right in recent years, I figured he had to be worried. 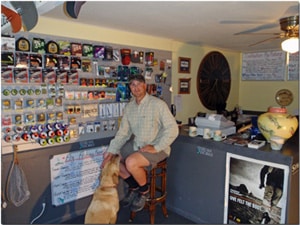 “I was definitely a bit concerned,” David says. “Especially with a wife and kids to support. But when a local fly shop closed, I saw the opportunity and I just went with it. Fortunately I’ve been a guide here since 2005, so I already had a base of customers.” David grew up on the Flathead Indian Reservation in Montana, where his father owned and operated Clark Fork River Outfitters. When he was young and the operation was still small, his dad would take him around Montana, fishing all of the famous trout streams. And as soon as he turned 18 he started guiding at his father’s lodge. He still returns each year to help out. David moved around a lot, trying new areas. He worked as a guide for High Desert Anglers in New Mexico and also guided in Xcalak, Mexico, near Belize, for tarpon, permit, bonefish and snook. He returned to Montana, but then set his sights on California, where he worked as a guide all over the Southwest Sierras before choosing Bishop on the East Side because of all the trophy trout streams. 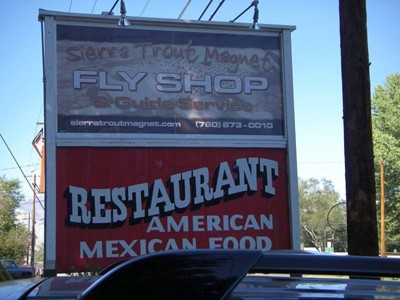 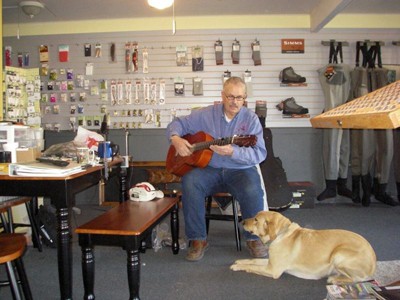 In addition to running the shop he still guides clients in areas ranging from the Walker River, near Bridgeport, down to the Lower Owens in Bishop, as well as areas in between such as Hot Creek near Mammoth. Drift boat trips are also available on some of the local waters. When I stopped by recently, I found David’s father, Donn, passing through on his way down to Chile for his annual winter excursion. David was tying flies for the shop while his dad was playing some classical guitar music.

With the dog sleeping at his feet and a couple of locals hanging out discussing the fishing over in a corner, I thought to myself, “Maybe it’s not such a bad time to open a fly shop after all.” You can find the Sierra Trout Magnet on Hwy. 395, just north of the downtown section of Bishop. www.sierratroutmagnet.com; 661-364-6981.