Papa Was A Rolling Stone 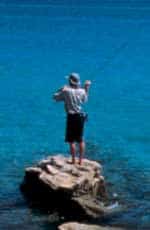 It’s getting dark now so I’m going for it. Through crawling along the bottom of this dark and dreary river, I’m headed for shore, across this riffle, bringing my wings and wishes with me.

I’ve been here for two years, ya know, “foraging,” as they say, on tiny plant matter and other goodies. I wish I was tougher. Or could swim, at least. But I suck at swimming and am therefore only a strong current away from get pulled off these rocks and sent tumbling like Papa across some piscatorial buffet line. I’ve got a cousin though, Acroneuria californica, or some ridiculous name – I think you call him a Golden Stone – he’s carnivorous. Did you know that? Ya, he’s what they call predacious. Would eat his own young if given the chance. Kinda like a shark. Even gobbles small fish fry. Did you catch that last part? He’s a fly. That eats fish. I’d like to see one of those Diptera Dorks pull that off. Then again, what can you expect from any fly who occupies a branch on the mosquito family tree?

But at least they can swim. Like my drowning Caddisfly brothren, they float their pansy post pupa-stage to the surface film while I’m left to lowcrawl toward the opposite shore like a war criminal under enemy fire.

Love my big, long, orange, juicy body, belly like the gut of a fresh brookie

Fisherman love me when I make it, though. Love my big, long, orange, juicy body, belly like the gut of a fresh brookie. Guides really love me. My existence gives them the luxury of tying pillow-sized patterns to a client’s line and removing that size 20 adams in fading light.