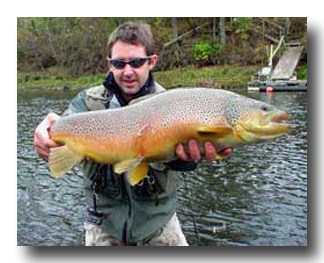 We all know what a proper flyshop is supposed to look like. You park where a gas station burned down in the Sixties, walk by a nice place to get a drink, cross over the rickety old porch and then flap through the screen door, stepping into a converted general store built before the crops all dried up and blew away. At least, that’s the theory…. 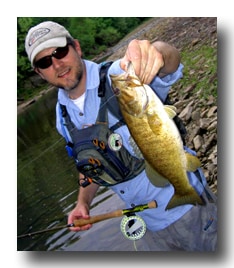 The reality is that you’re as likely to find a good flyshop next to a dentist’s office as in the historical district. And no matter what the building looks like on the outside, once you cross the threshold, you know in seconds whether or not you’re in an impostor.

McLellan’s Fly Shop, in Fayetteville, Arkansas, is no impostor. Fayetteville—first and foremost a college town, the home of the Razorbacks—is now also a growing commercial mecca (thanks to a little company called Wal-Mart). Situated right on the edge of the Ozark plateau, it’s the most civilized place in easy reach of the amazing White River system.

Naturally there are other flyshops in the region (some of them very good). But McLellan’s is where you go for perspective—both on the fishing and, in some ways, on life. The shop got its start due to a tragedy. Michael McLellan, a sometime academic with a master’s degree in English, had been lured back to Fayetteville after a stint on the San Juan in New Mexico, hired to run the flyfishing side of a first-rate new hunting and fishing store in the late 1990s. The store had every chance to become a regional dynamo, when the owner’s young wife suddenly died in her sleep.

Bereft, the owner understandably focused on matters more important than business. Within months, the budding outdoor chain closed its doors. Unfortunately, some bills were unpaid—for a time, it looked like Fayetteville might be blacklisted, doomed to exist without a flyshop (forcing locals to drive forty miles to—no lie—a gas station, just to buy flyfishing tackle).

McLellan stepped in, vouched his personal integrity (and no doubt also his personal credit), and calmed the waters. Every single account previously owned by the large tackle store transferred to his new shop, tucked into an office complex.

As a result, McLellan’s (sometimes nicknamed the McFlyshop—not a pejorative) is something of a two-headed dog; a freak, but one you’d love to show to your buddies. The easiest way to find it is to look for the drift boat parked next to all the homogenous optometrists and tanning salons. The building—red brick corporate mediocrity personified—stands out thanks to all the stickers festooning every window and door.

Walk in and you’ll either meet Mike (the owner) or Todd Moncrief, the manager. Neither will hard sell you. Both may out fish you. If it’s not holiday season, you’ll be able to turn around, just barely, and question how they got all that stuff into such a little room. If it is the holiday season, be prepared to wait in line at the racks. (If The Drake has been delivered that day, you might need to wait in line at the door.)

They catch smallmouth, carp, white bass and stripers… and browns. Oh, the browns. Nowhere else in the world can you drive to brown trout as big as the White’s fish. You’d need to go to Tierra del Fuego to get close.

When you get done taking it all in, sit there and reflect a second, because this is the future of flyfishing. There are no dog beds, no rocking chairs, no fireplace. No one is selling a lifestyle. There’s no catalog, barely a website. Yet, where other shops are failing, this one is thriving. The only thing for sale in the McFlyshop is experience—and the tools you need to get it.  At the end of the day, that is the purest essence of a flyshop, and the reason this one stands out.