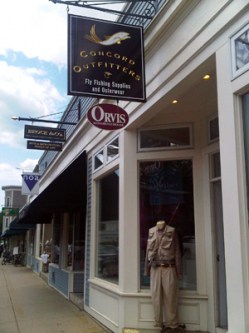 My local flyshop is now an empty space with a “For Lease” sign in the window, closed due to competing Internet sales, Wally World, Cabela’s, and a Dick’s. It was the only local place where I could actually talk to someone who fished, fly fished, and gave a damn about the state of fishing in Western Mass. Frankly the current situation sucked. I wanted a place to talk fishing. I didn’t need a place to buy “stuff” because there is the Internet and I travel enough to stop at stores and pick up what I need or want. What I missed was a place where the subject of fishing made someone’s eyes light up as a good conversation ensued. I missed putting a fist full of flies on the counter, having the total added up, and then rounded down a few bucks. It wasn’t the money, but the recognition of one addict by another and the shared joy knowing that something good was going to come out of this transaction. I missed the totally foul mouths of some of the local characters spewing vindictives against anything and everything. These guys were mostly bait fishermen, but after a time they realized I did not judge them and they in turn stopped judging me. In short it felt a bit like home.

After Dave closed the shop I went to a couple of other near local places and found too much silence or too much arrogance or too much indifference. Simply, I was missing a place to go and talk fishing.

I was making a trip to eastern Mass, more often than I wanted, and decided to go see the shop in West Concord. I had been by a couple of times and thought with my current situation it would be worth another visit. When I walked through the doors of Concord Outfitters I was acknowledged by a nod from Andy and told that if I needed something, to just ask. A good sign, no pressure and a level of confidence that I could find what I wanted or ask them to find it for me. I poked around and went to the counter. Andy and one of the other staff started asking me where I was from, where I fished, how was the fishing, looking for a good story to pass the time rather than intel to post on their board. They do have a board with local rivers, flows, and flies that they recommend. We talked fish, mentioned that the first of the blue fish were being found, stripers were coming soon, and we all shared in the collective anticipation of the new season. No drag and brag, no my fish was bigger than yours, just talk of fish and fishing. Hell, this felt good, almost as good as getting on the water. I started to think that this might become a regular stop. 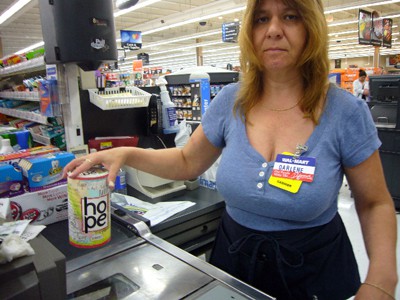 It’s a good shop. About half is flyfishing and half Orvis-type clothing, which helps them keep the store open. They carry good brands, no junk, not all high-priced stuff. They provide guide service for freshwater fishing. They recommend guides if you want to fish the salt. What they really have is good, honest service. I’ve watched them help someone buy a rod. They started by trying to actually find out what the customer knew and what would be a good fit. They did not try to push top of the line stuff, but something that really did meet a need. When I went in to buy some esoteric flies they actually had them and based on that made a suggestion or two for a reasonable “other fly” to buy. Nice. I’ve gone in, telling them I wasn’t going to buy from them because I got it wholesale, but asked if I could try on products they sold. Sure, and Andy helped me find them, and gave me valid opinions knowing full well he would get zero dollars for his effort. 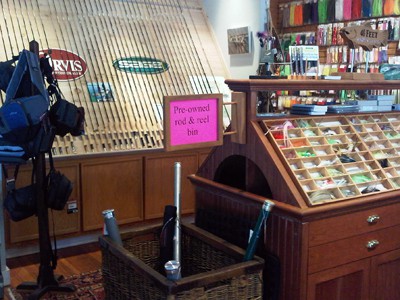 When I told him I was heading to the Boundary Waters, he peppered me with questions and insisted I bring back photos… and a story. This man was interested in fishing, not just sales. He, like I, wanted to share vicariously in adventures.

This morning I was again out east and needed some bobbins and thread. I was there 15 minutes before opening and one of the staff saw me waiting. He came and opened the door and said, “We don’t open until 9.” I said, “I’m a fisherman, I get up early.” He laughed and opened the doors. He understood when it comes to fishing there is no reason to stand on formality.

If you’re ever in that neck of the woods and need/want to talk fishing or even spend some money on more things you might want but really don’t need, stop in. It’s a nice place to visit—and who knows, you might even find something you need. For more information, see concordoutfitters.com