This forum is for general topics. Keep all posts, images, etc safe for those who read the forum at work. Post only that content that you'd want your mama to read. Violators will be banned.
Reply

Is this thing still on?

Reflecting on a spring of trout fishing in Michigan. Adjectives: Brief, fickle, cold, hot, drunk, tired, dark, light. There is never enough time, and each year the deficit seems to increase. They told me it would. I said, not me. Everyone probably says that.

I won't speak to the rest of life that persists around these moments, we all know enough about that. The moments make it all worth it. They have to, or what?

The sound a rising trout makes as it eats a dead mayfly, but different from the others. 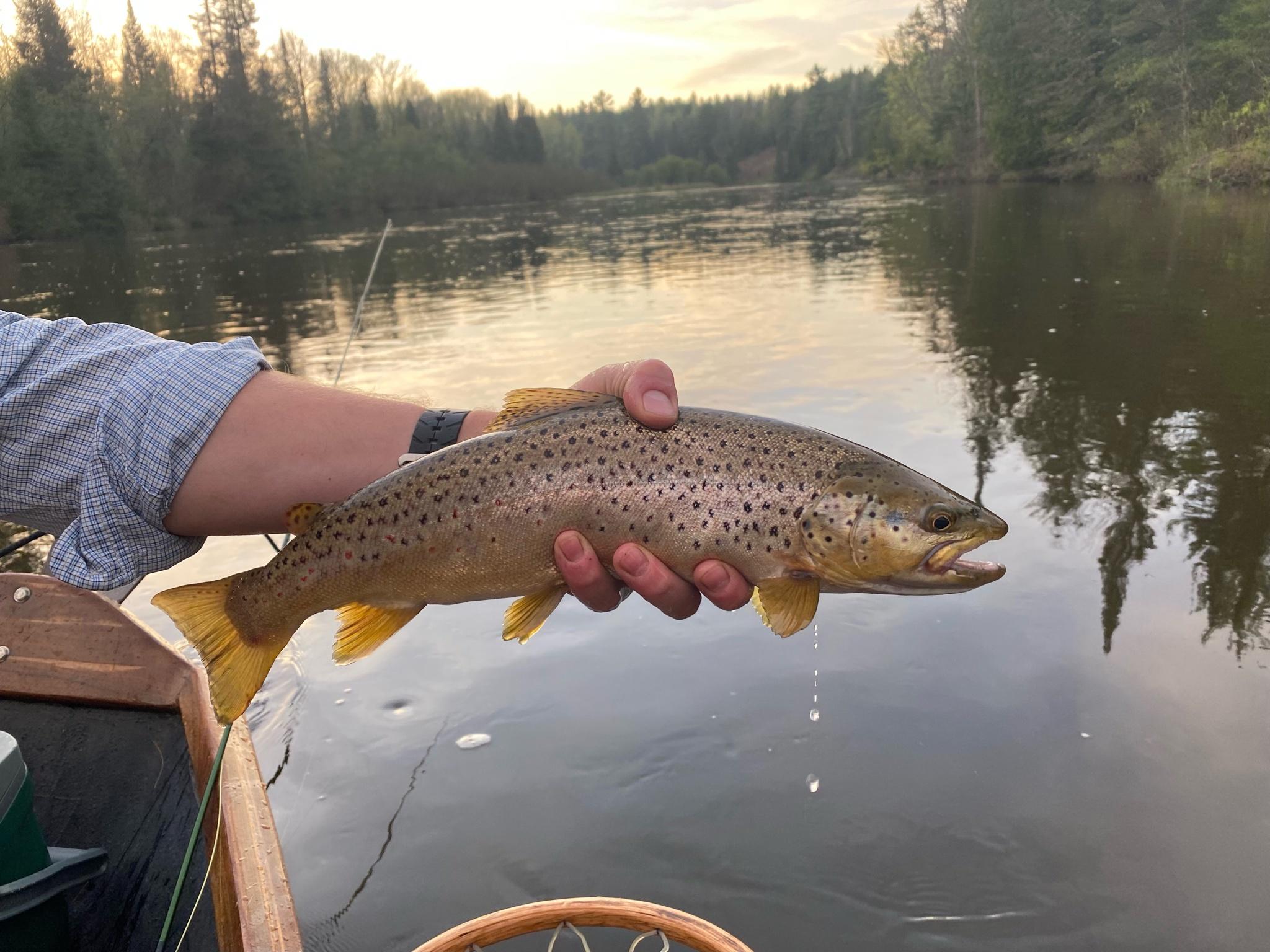 G took this pic from the put in bridge. He had to go back to the truck because he forgot to put a fly rod in the boat. The stream is good. As good as dog made it. Which is really good. So good it excuses remembering. Excuses logic and sense and all sorts of things. How many things remain that are that good? I don't think he caught much that day. As one does. 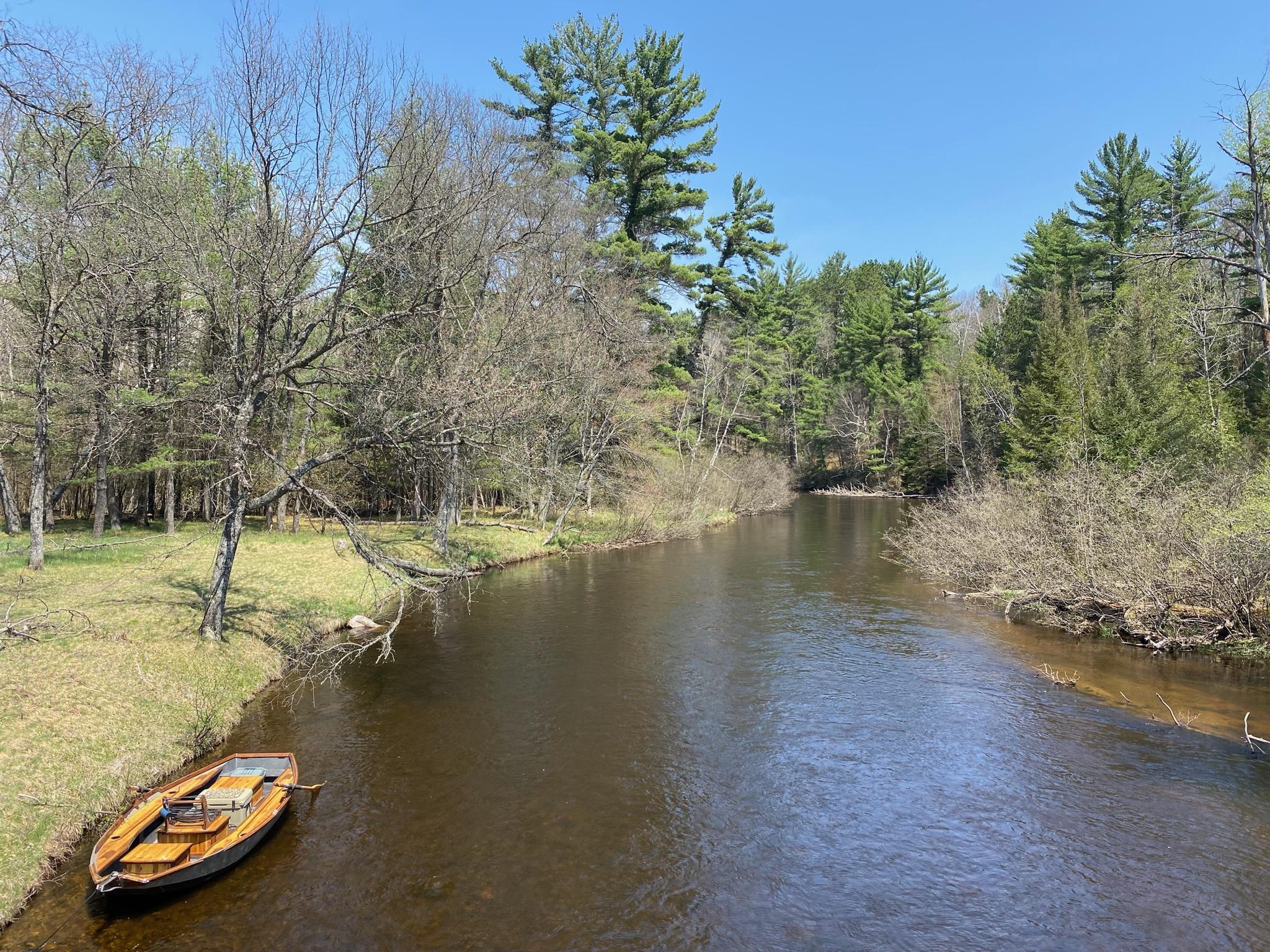 Little rubber legged thing goes skittering off the bank. Too quickly, not the stuff. One more, back upstream. Too late? Better now. Yep. That big hard rolling take from underneath that leaves no doubt. Greedy. And probably drunk. 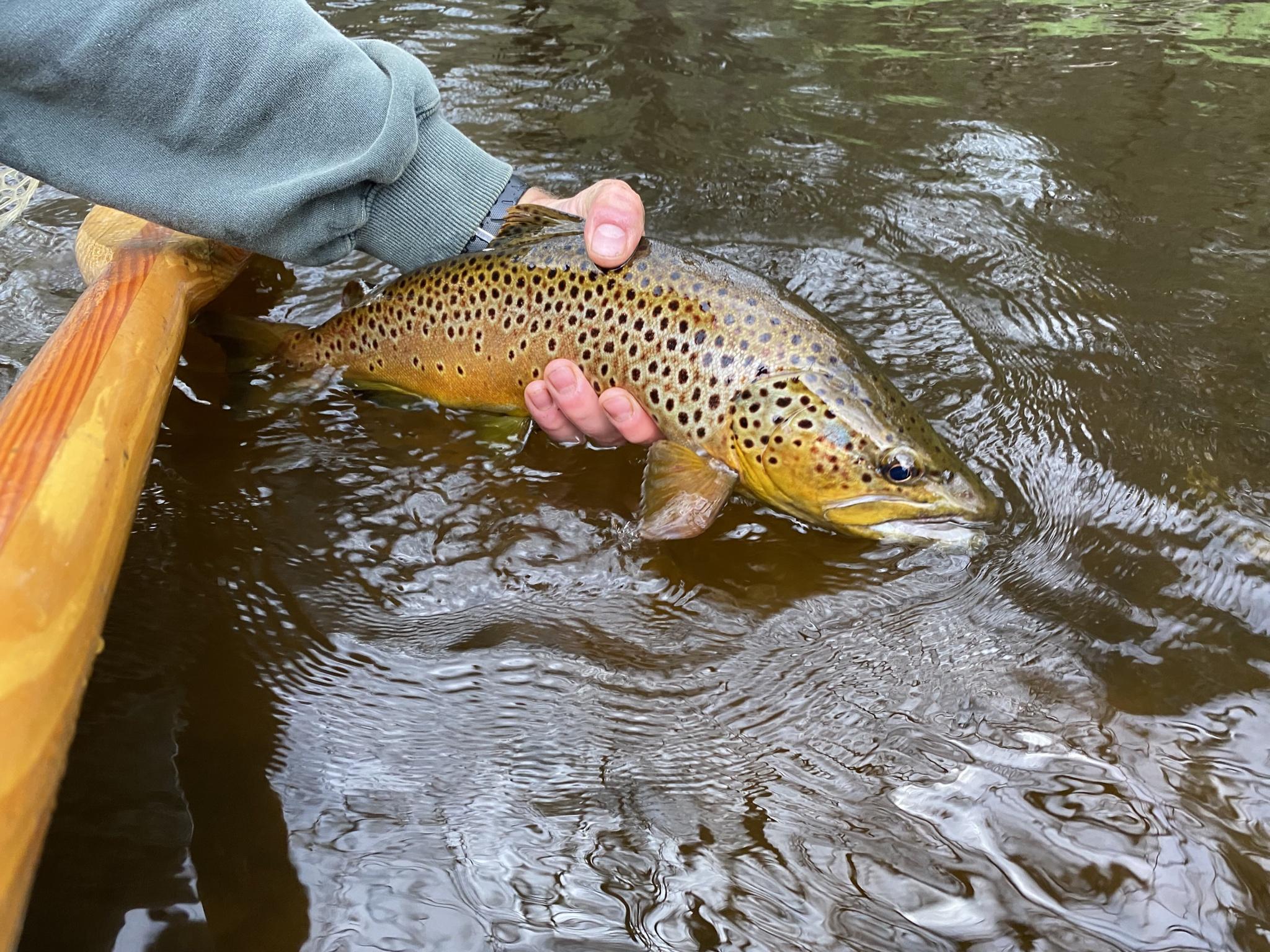 What gets the fish excited about caddis?

He grunted and looked at me over his reading glasses. 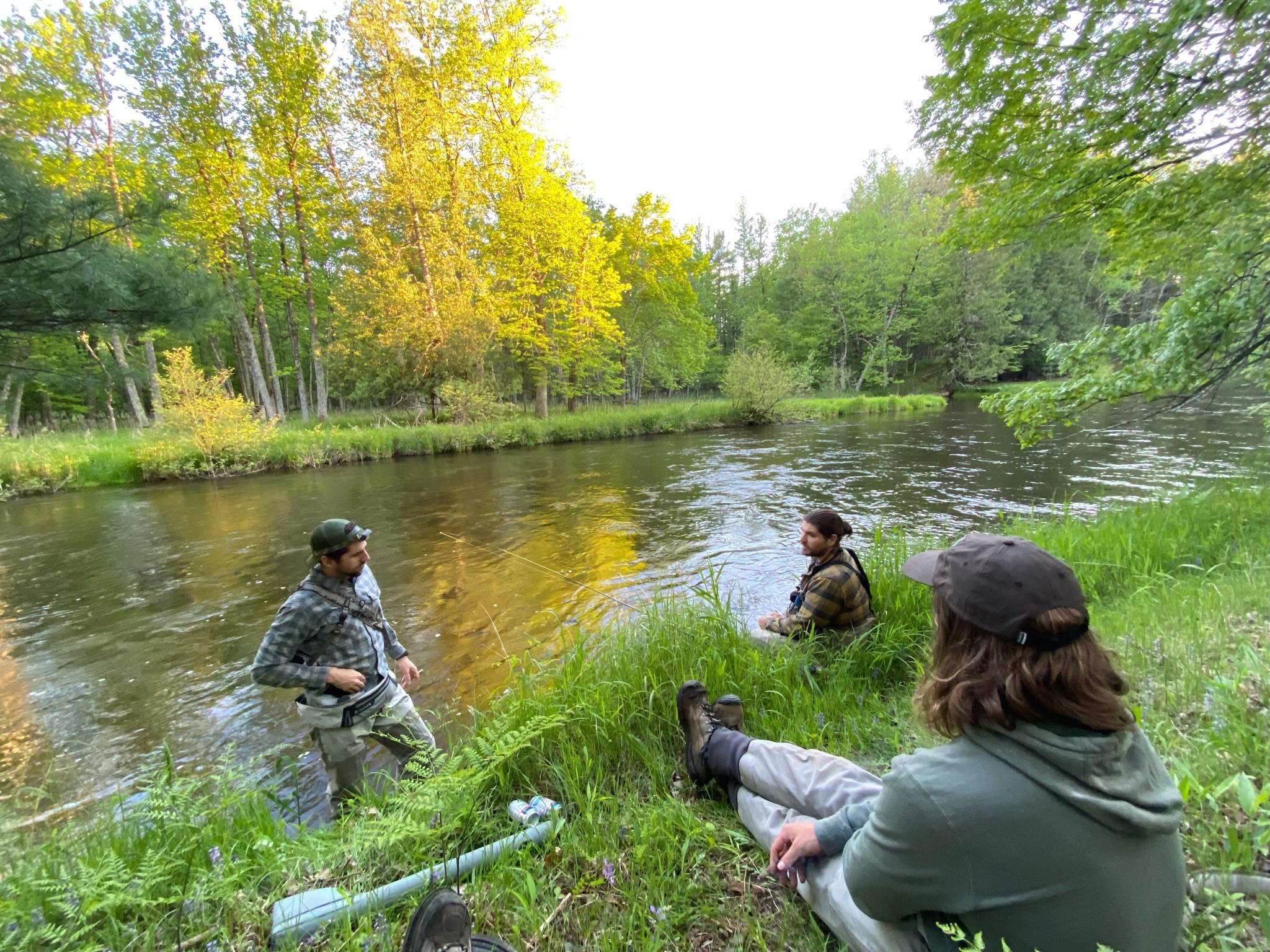 What else. This one. Another evening where you could count the bugs. There was a tom standing in someone's driveway right by the river yelling at some hens who weren't paying him any attention. Drunk, probably. 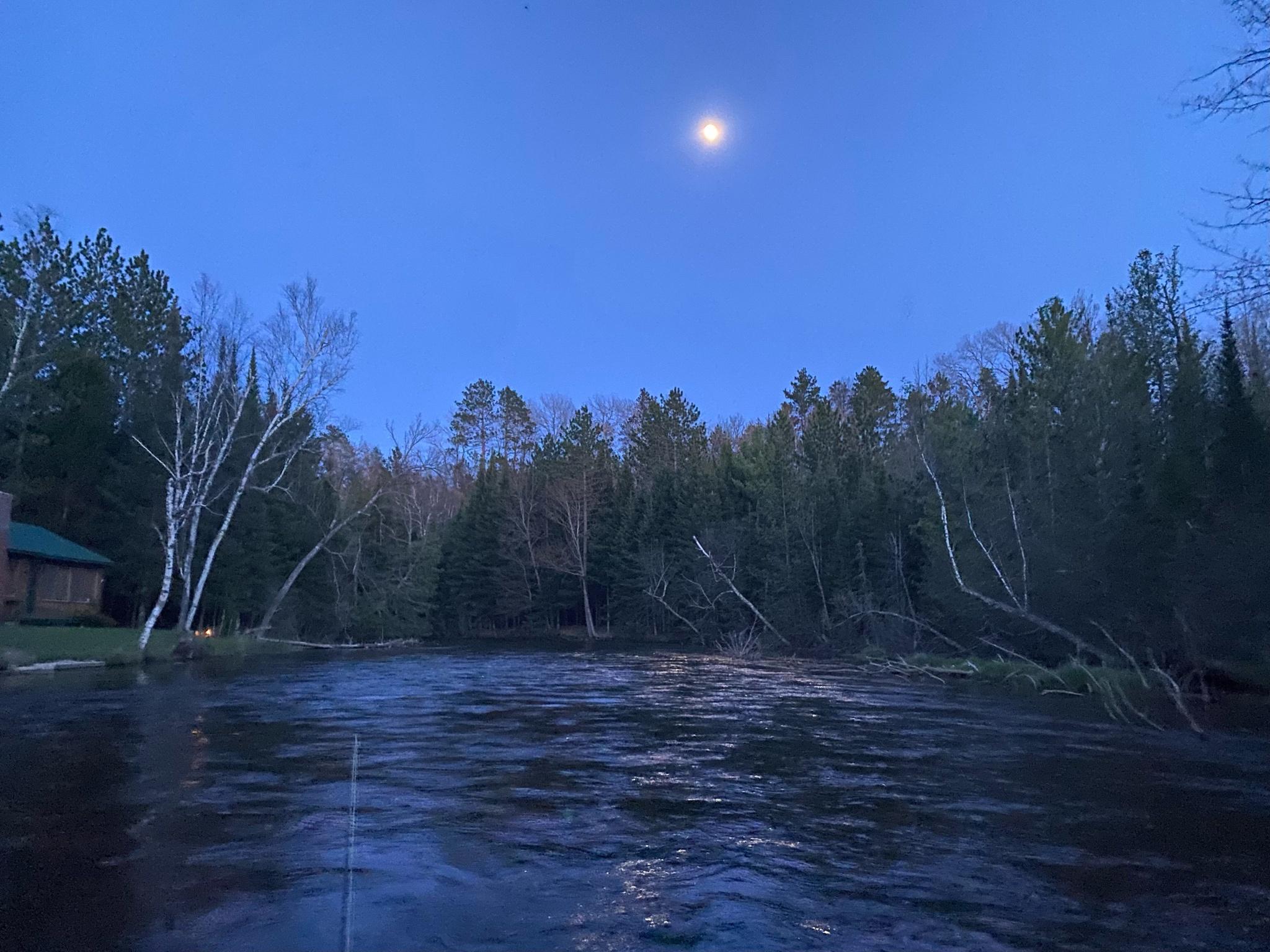 Fuckin travis and I were floating together and had caught a few. There were too many bugs to count. Like, way too many. Floating out in the dark I was trying to go easy on the oars so you could hear what you wanted to hear. We heard it, just behind a bush on the dead side of a fast seam. As one does that makes a sound like that. He was happy because it was dark. He probably thought anything bad in the dark would be drunk and rowing too loudly to hear him being happy. But I was going easy on the oars, like I said. And we heard him being happy. I think he was drunk. I know I was. 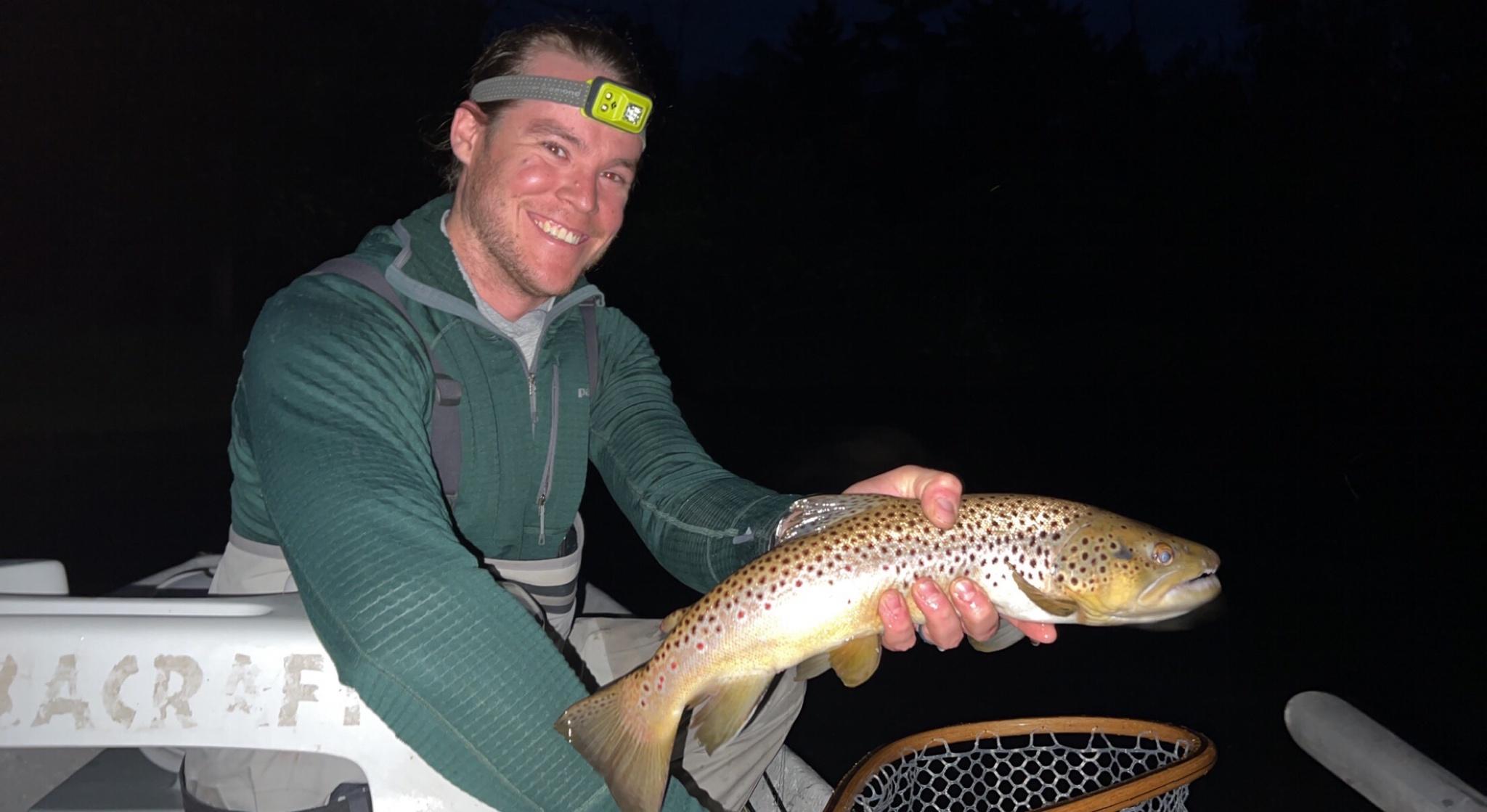 G caught this one, with the lights on. Drake sipper. Happy and then you slip one in there. Shiesty. Inconsiderate. Probably drunk. I know G was. He's always drunk. 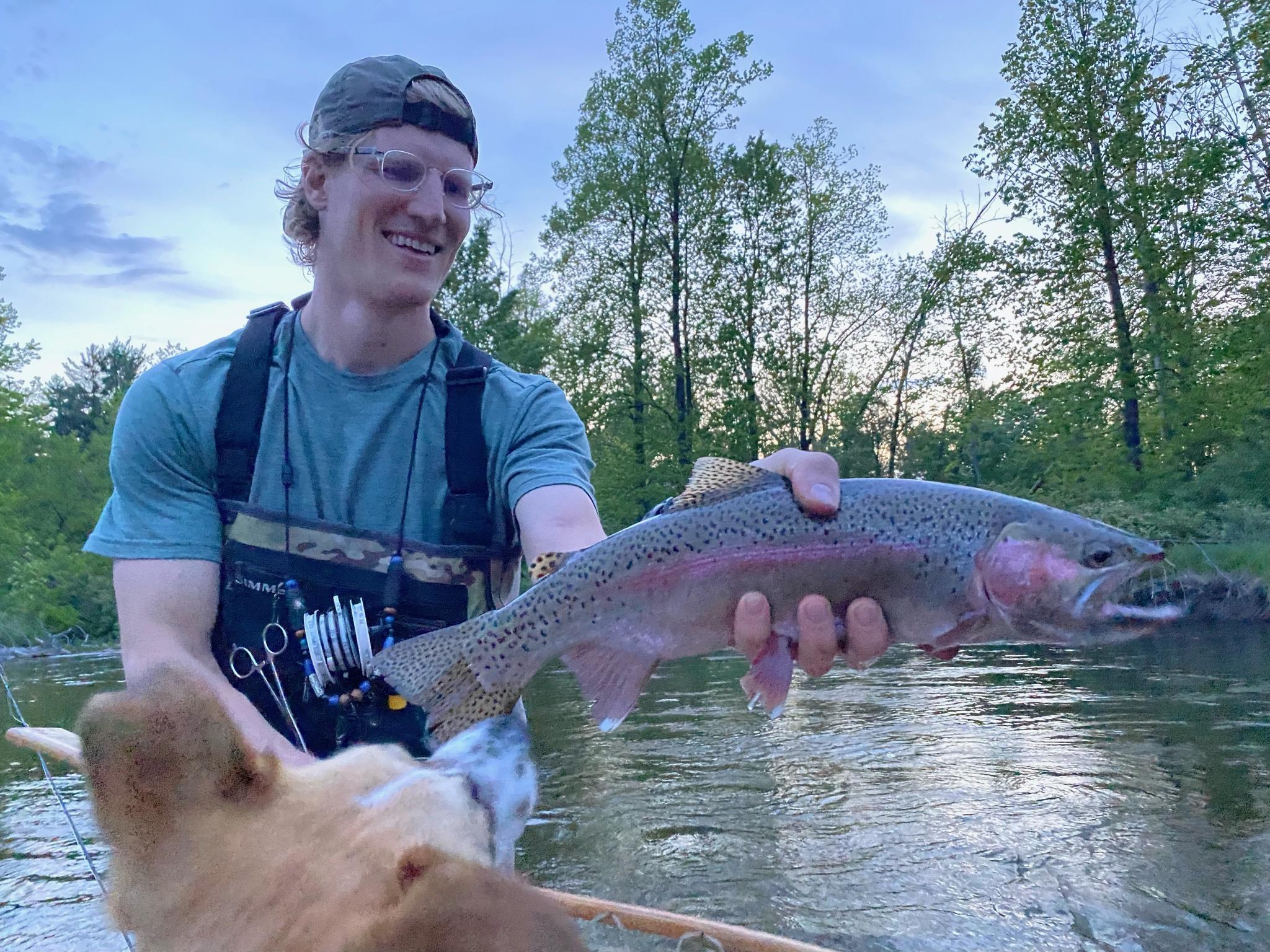 Far north this night. Good bugs, those pink ones. Floating with G and a good friend from college who's been back and forth between here and the west coast with me over the years. Mule deer in the high country and now brown trout in the cedar swamps. He just likes to sit and watch the trees goes by on the bank and make really good beer cocktails with modelo, hot sauce, and lime. Drunk. We're always drunk. 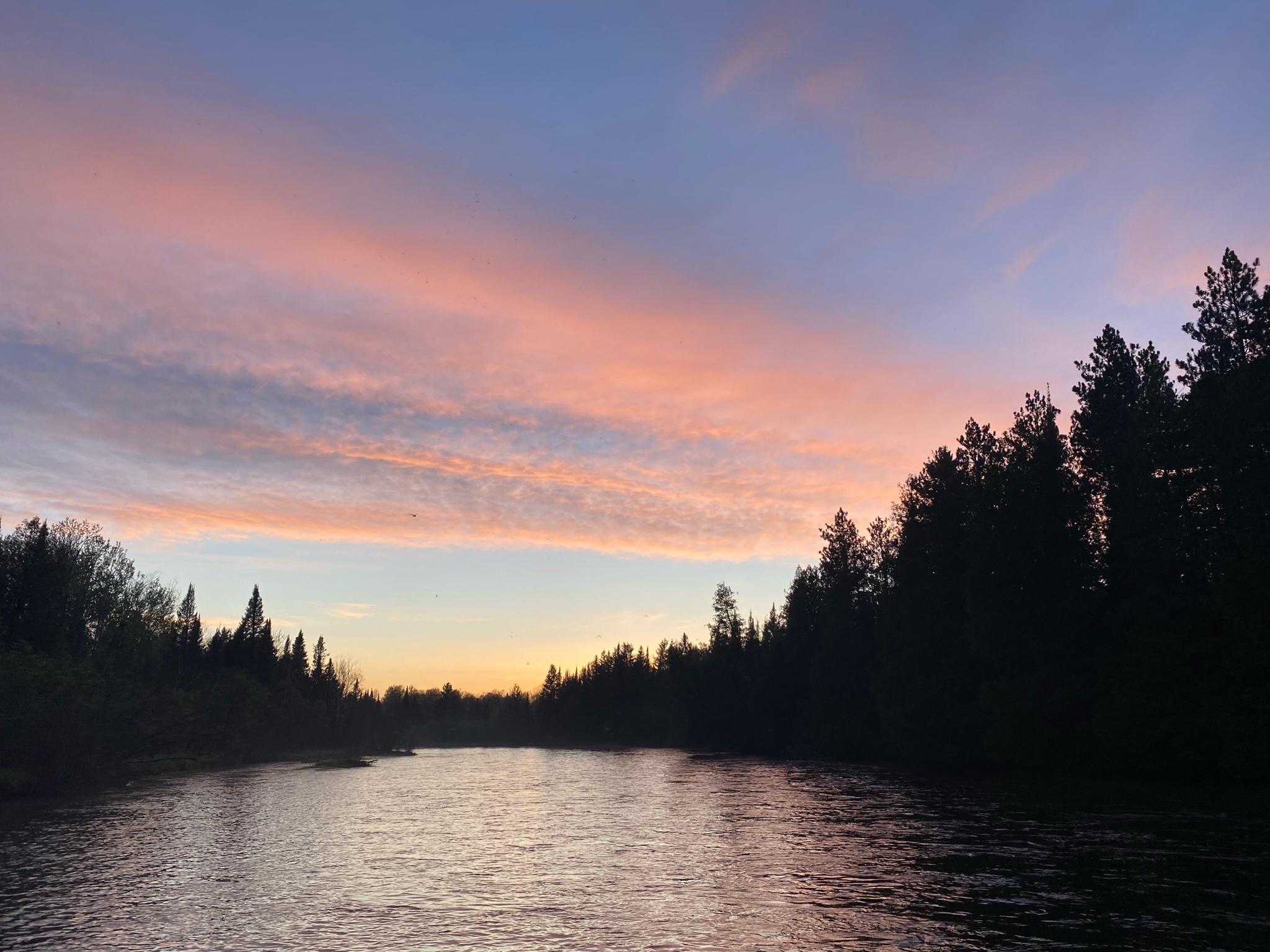 Fuckin travis got me the glass call as a wedding gift last year. It chirped this jake in from a couple hundred yards. Maybe the last bird in that whole scrub oak flat shit county. Uppity fucker thought about every step before he took it. And then he took one more. We've all been there. I know I have. He was probably drunk. 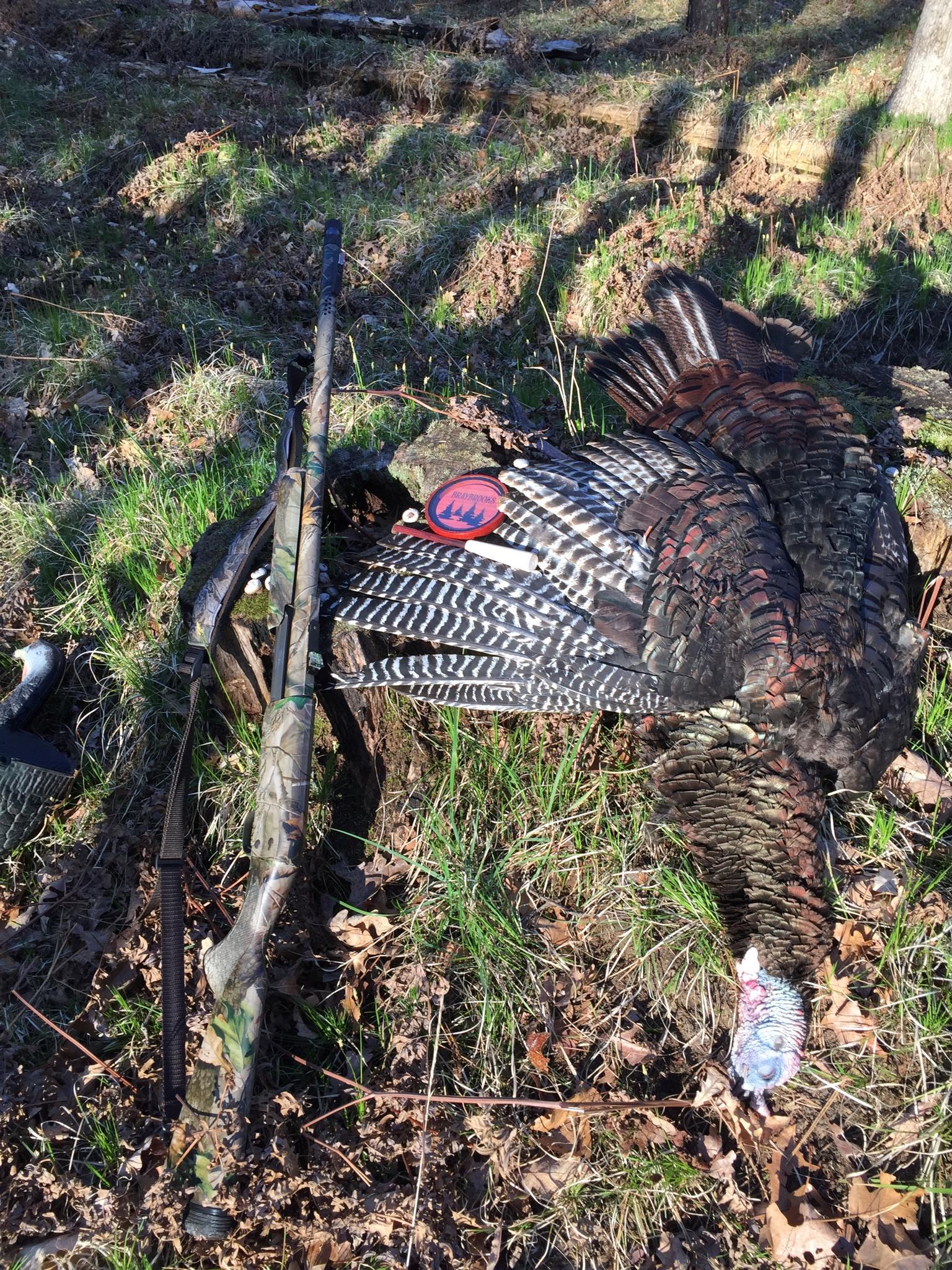 "Fuck life is brutal, and the learning curve hard and unforgiving." - SLSS

ex "I'm not going to live with you through one more fishing season!"
me "There's a season???"

I wish there were more people here that put up the type of quality shit you do. Been feeshn' lately? - Ryan

you know what i am a strong fan of..... fishing and not being a douche bag. - alteredstates

For fucks sake, its just fishing...it ain't that cool. - Vito

stillsteamin wrote: ↑Thu Jun 09, 2022 8:55 am
There is never enough time, and each year the deficit seems to increase. They told me it would. I said, not me. Everyone probably says that.

I won't speak to the rest of life that persists around these moments, we all know enough about that. The moments make it all worth it. They have to, or what?

These are the exact thoughts that constantly gnaw at the back of my skull lately.

The whole thing just won't slow down and all I have are these moments, and its all I can hang onto but its like trying to grab water - the harder I try to hold onto it , the faster it keeps slipping through my fingers.
"Cheer up. You are not on fire." - jhnnythndr

you people are retrads.
we'll always have buffalo, sweet josh.

fuck it. now let's see you eat everything in the[…]

Its been noted here that newbies sometimes get a rough treatment. Here is one response, written by Old Dog, that might help those thinking of making their first post understand a little bit about this place. After you read this take a moment (or two or three) and look around and get a sense of this place. If you're still interested make your intro and join the fray. —Jed