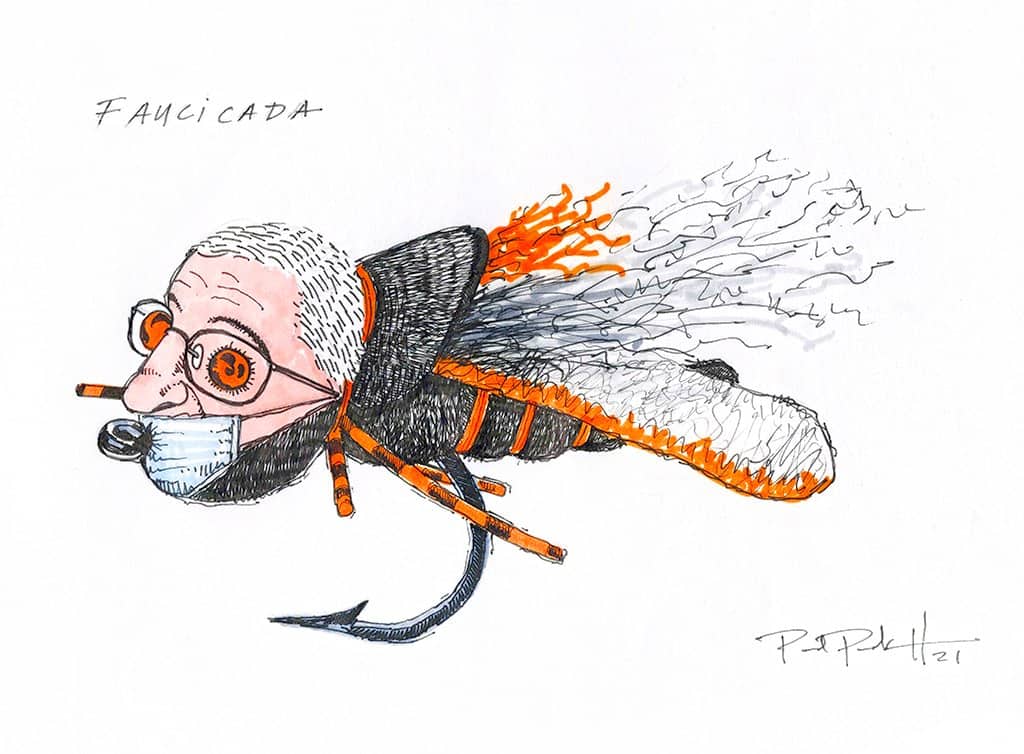 CHERNOBYL ANTIBODY. Unlike traditional flies, you eat this one. Helps ward off belief in fictitious cicada hatches.

MARJORIE TAYLOR GREENE DRAKE. Only floats on the right side of the river—the far right, more like a side channel, or a drainage ditch.

BLOOMBERG DIVER. Like the Dahlberg original, only sexist and with more money. After tricking a fish with its flashy pattern, it frisks them once they’re in hand.

THE TRICO KING. From our favorite zoo owner, its secret sauce is a series of awful, unbelievable plot twists that fish can’t resist.

SEQUESTERRESTRIAL. For backcountry creeks and lakes, away from the kids. Tied in basements.

CRAZY KLOBUCHARLIE. A great Midwestern crayfish imitation. The New York Times endorsed it as its Fly of the Year, despite it having no chance at the title.

ROYAL WOLF BLITZER. The go-to for an after-work, early-evening hatch. Best before dinner.

GREEN BUTT BUTTIGIEG. This twist on the classic Western steelhead fly has shown strong results along the Saint Joe River in and around South Bend, Indiana.

SAN JUAN SWEATPANTS. In place of chenille, this pattern has pizza-scented cotton body and a well-worn hole in the ass.

MNUCHIN MINNOW. The first known thousand-dollar fly. A favorite of the underserved private-equity and hedge-fund communities.